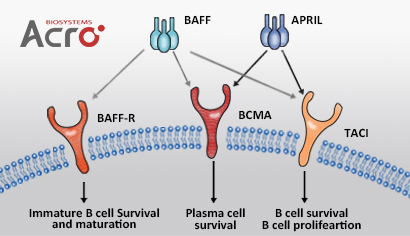 Selective interaction between BAFF/APRIL and their receptors. Note BCMA can interact with both BAFF and APRIL (Bolkun et al., 2016). The affinity of APRIL-BCMA interaction, however, is much higher than that of BAFF-BCMA binding (Bossen and Schneider, 2006).

The binding activity of our BCMA and BAFF proteins have been thoroughly evaluated by ELISA analyses prior to launch. 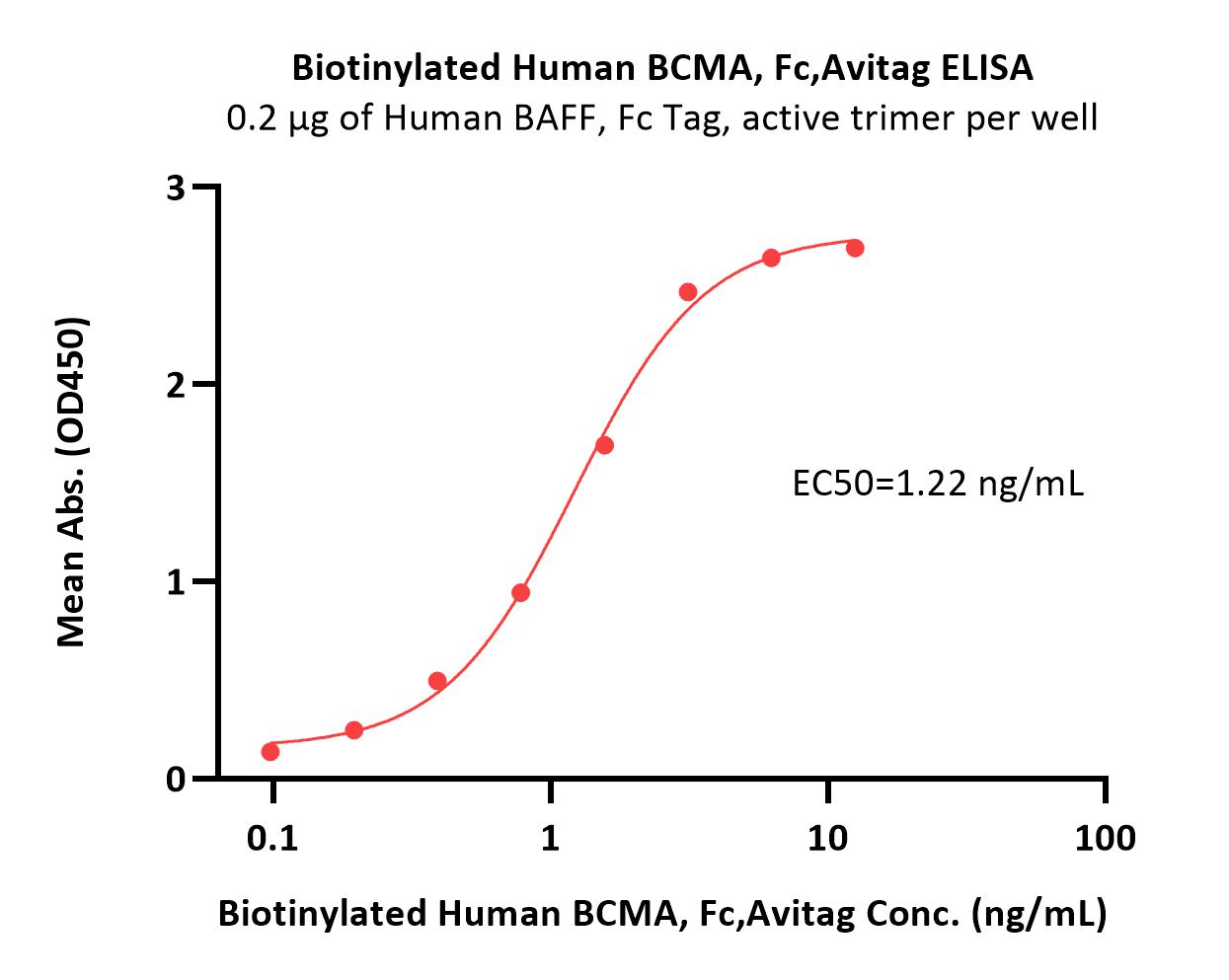 The production of our recombinant proteins including BCMA proteins is carried out using our proprietary HEKMax® expression platform. Proteins retain their authentic post-translational processing, which often translates into high bioactivity and stability.