An antibody is also known as an immunoglobulin (Ig). It is a large Y-shape protein produced mainly by plasma cells. In general, antibody consists of two identical light chains and two identical heavy chains, connected by disulfide bonds. There are five types of mammalian Ig heavy chain, and the type of heavy chain present defines the class of antibody, IgA, IgD, IgE, IgG, and IgM antibody, respectively. 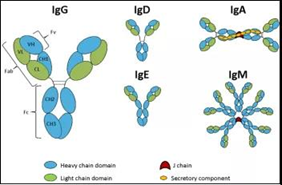 IgG is the most common type of antibody found in blood circulation, which is about 10 to 20% of the total plasma proteins. IgG is also the main type of antibody among the five classes, representing approximately 75% of serum antibodies. There are four IgG subclasses in humans: IgG1, 2, 3, and 4, named in order of their abundance in serum. These four IgG subclasses are similar in structure, consisting of Fab region (variable), hinge region, and Fc region (constant).

Since the launch of OKT-3 in 1986, more and more therapeutic antibodies are in clinical use. Antibody drugs become an effective target treatment against cancer, infectious diseases, and autoimmune diseases.

Bioengineering technology advanced a lot during the past few decades. Researchers spend great efforts to study the structure-activity relationship of antibodies. The engineering of the Fc regions is one of the most common parts. The Fc region interacts with Fc receptors and some proteins of the complement system allowing antibodies to activate the immune system. Thus, during drug development, it is critical to developing an assay, measuring the interaction of the Fc region of antibodies and the Fc receptors. As the global antibody market getting competitive, how to design a different and superior product is going to be the key. Besides the screening of the antibodies binding different epitopes, Fc region engineering is a good method to develop competitive products by means of optimizing the biological effects and half-life of antibodies.

Fc receptors can specifically bind to the Fc region of the immunoglobulins. Currently, FcRn and FcγR are the two most common tested Fc receptors. As we mentioned before, the interaction between antibodies and Fc receptors can not only affect the half-life but also induce the immune responses including Antibody-dependent cell-mediated cytotoxicity (ADCC), Complement-Dependent Cytotoxicity (CDC), and phagocytosis. The Fc region engineering will change the antibody affinity to the Fc receptors and then change ADCC or CDC effect. Therefore, it is an important project to optimize the Fc region.

All Fc receptor proteins needed are free of charge, If you have requirements, please contact us

The total solution for antibody and Fc receptor affinity testing 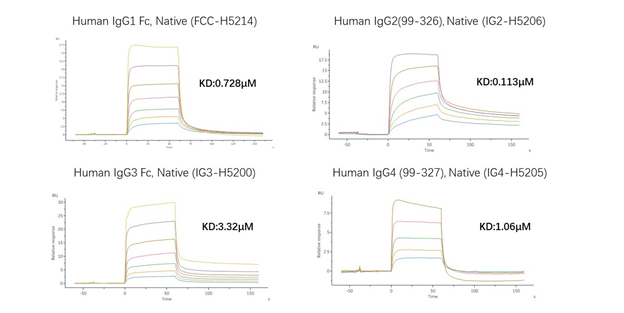