The Pasteur Institute has recently published a preprint paper in In medRxiv entitled "Culture and identification of a "Deltamicron" SARS-CoV-2 variant in a three cases cluster in southern France. Maria Van Kerkhove, the head of COVID-19 technology at the WHO, said at a press conference that she was concerned about Deltacron and confirmed that the strain had begun to appear in France, Denmark, Germany and the Netherlands.

The overall structure of the recombinant spike protein has been predicted according to the sequence of the recombinant virus. Compared to the Delta and Omicron variant strains, the main structural changes of this recombinant strain were located in the N-terminal domain (NTD), which is attracted by lipid rafts and provides electronegative landing platforms for the spike in the initial interaction of the virus. In this region, the surface of the recombinant spike protein is enlarged, flattened, and more electropositive. Therefore, an increase in the electrostatic surface of the NTD is expected to accelerate the binding of the virus to lipid rafts, which may confer a selective kinetic advantage against virus competitors. The receptor-binding domain (RBD) of the AY.4 x BA.1 recombinant strain is mainly inherited from the Omicron variant strain. The recombination leads to an increase in the electrostatic surface potential of the RBD, which may facilitate the interaction with the electronegative interface of the ACE2 cellular receptor. Overall, this structural analysis suggests an optimization of virus binding to the host cell membrane of the recombinant virus. 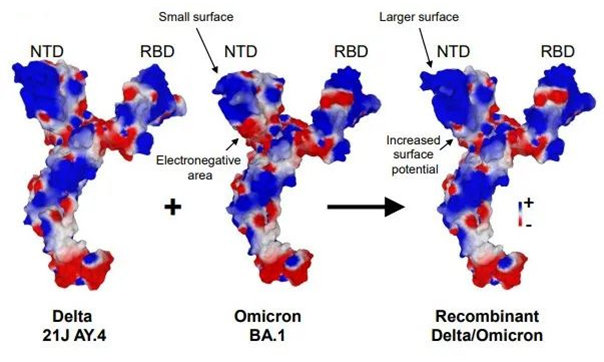 Figure 2. Schematic of the predicted structure of the spike protein of the SARS-CoV-2 Delta 21J/AY.4-Omicron 21K/BA.1 recombinant

With the authenticity of the AY.4 x BA.1 recombinant variant strain being further confirmed, the key issues that need to be considered are again aroused:

- Is it easier to replicate and spread?

- Does it cause more hospitalization?

- Can the existing diagnostic reagents detect it?

- Is it easier to escape before vaccination or natural immunity?

In order to support the quick response to Deltacron, ACROBiosystems has developed a series of antigens of the recombinant virus for the first time according to the GISAD database, including Spike trimer, S1 and NTD. The product would be strictly controlled to ensure high quality and bioactivity. You can preorder any of these products to make sure you are able to get them as soon as possible.

>>> click to find out more products about other SARS-CoV-2 mutants .