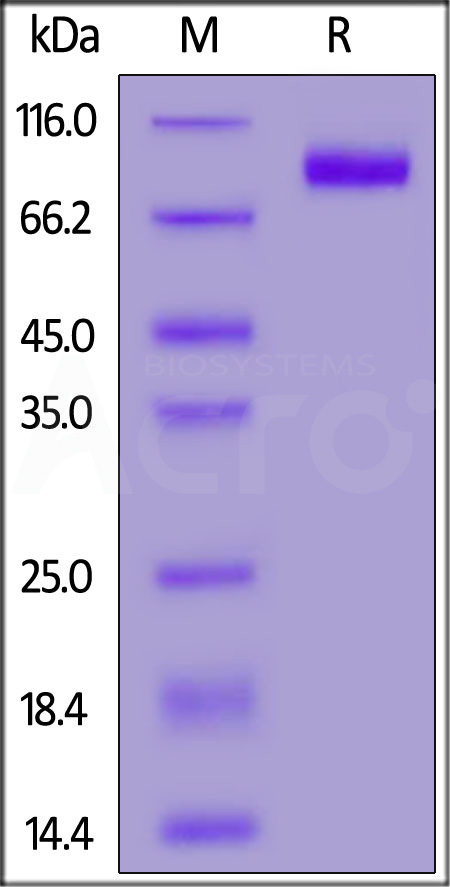 Biotinylated Human CD155, Fc,Avitag on SDS-PAGE under reducing (R) and non-reducing (NR) conditions. The gel was stained overnight with Coomassie Blue. The purity of the protein is greater than 95%. 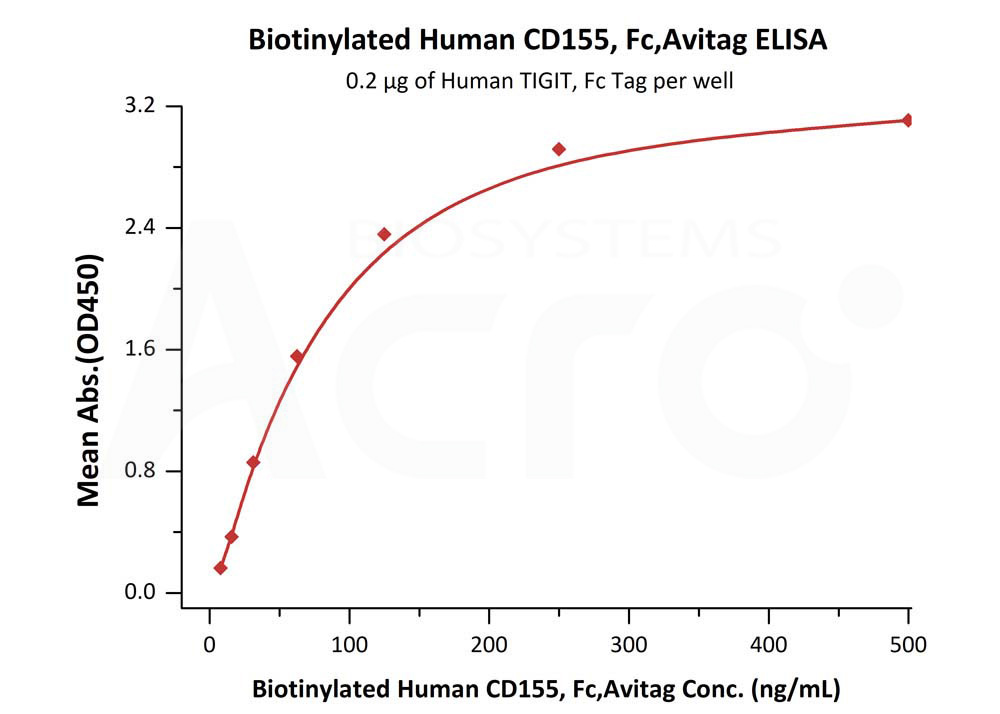 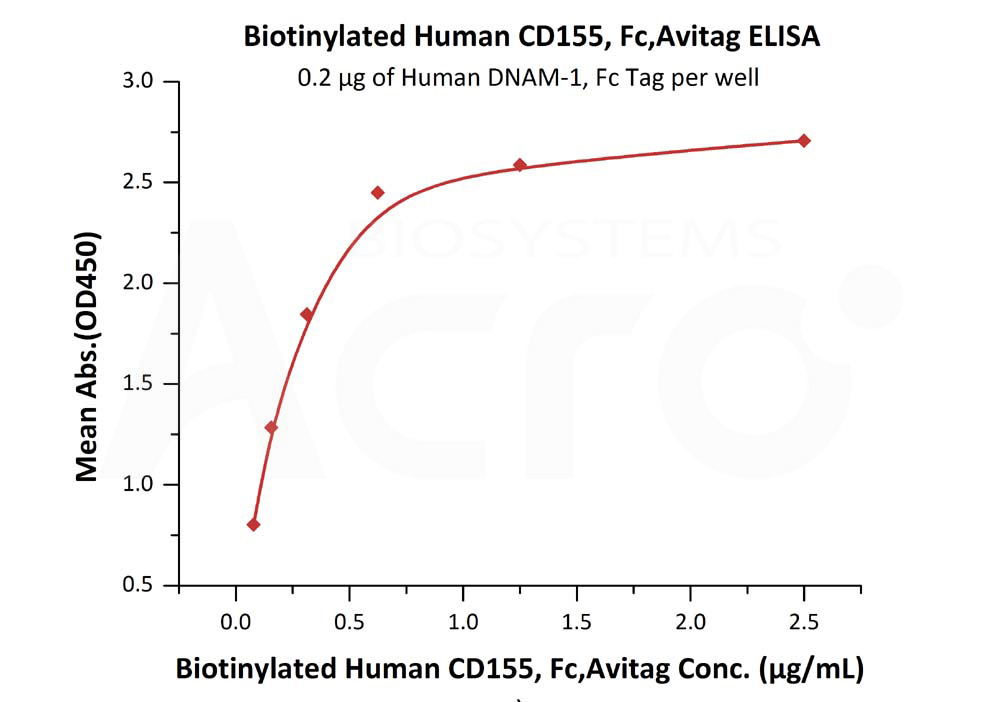 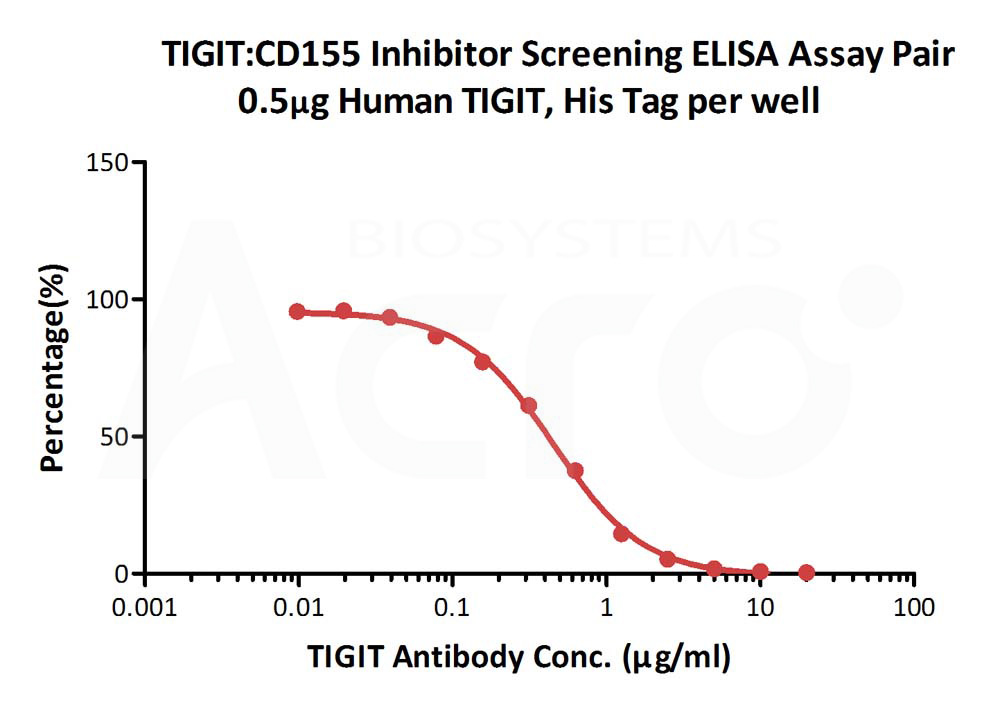 Serial dilutions of TIGIT antibody antibody (1:2 serial dilutions, from 20 μg/mL to 0.0097 μg/mL) were added into Human TIGIT, His Tag (Cat. No. TIT-H52H3): Biotinylated Human CD155, Fc,Avitag (Cat. No. CD5-H82F6) binding reactions. The assay was performed according to the above described protocol. Background was subtracted from data points before curve fitting. 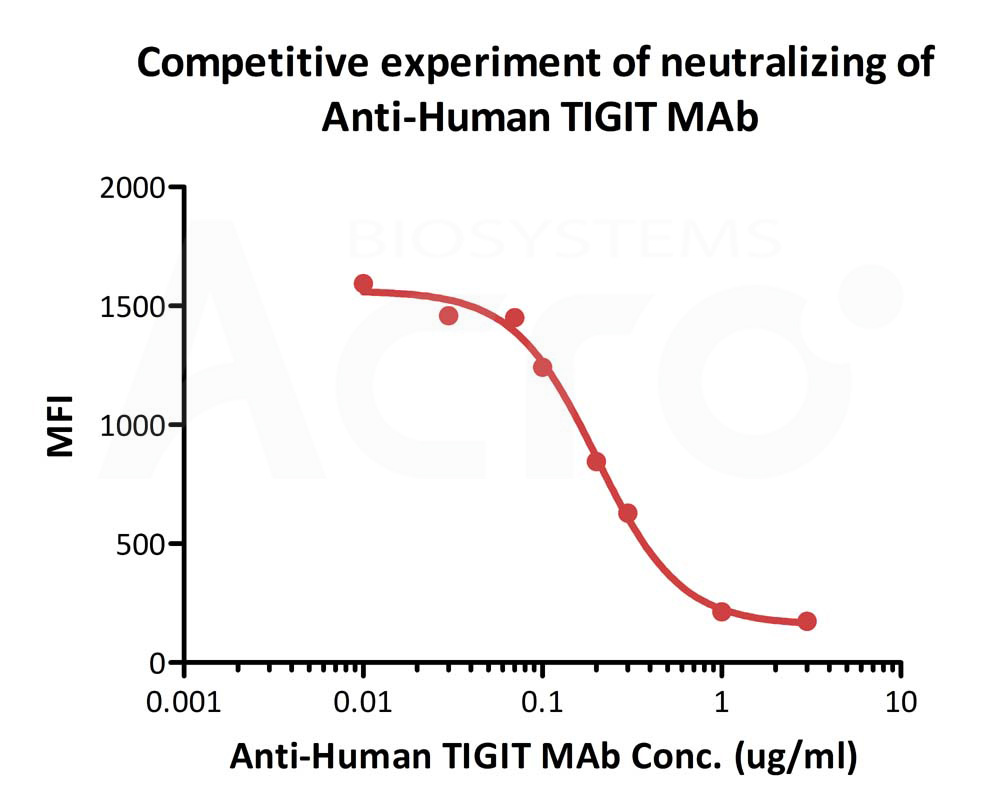 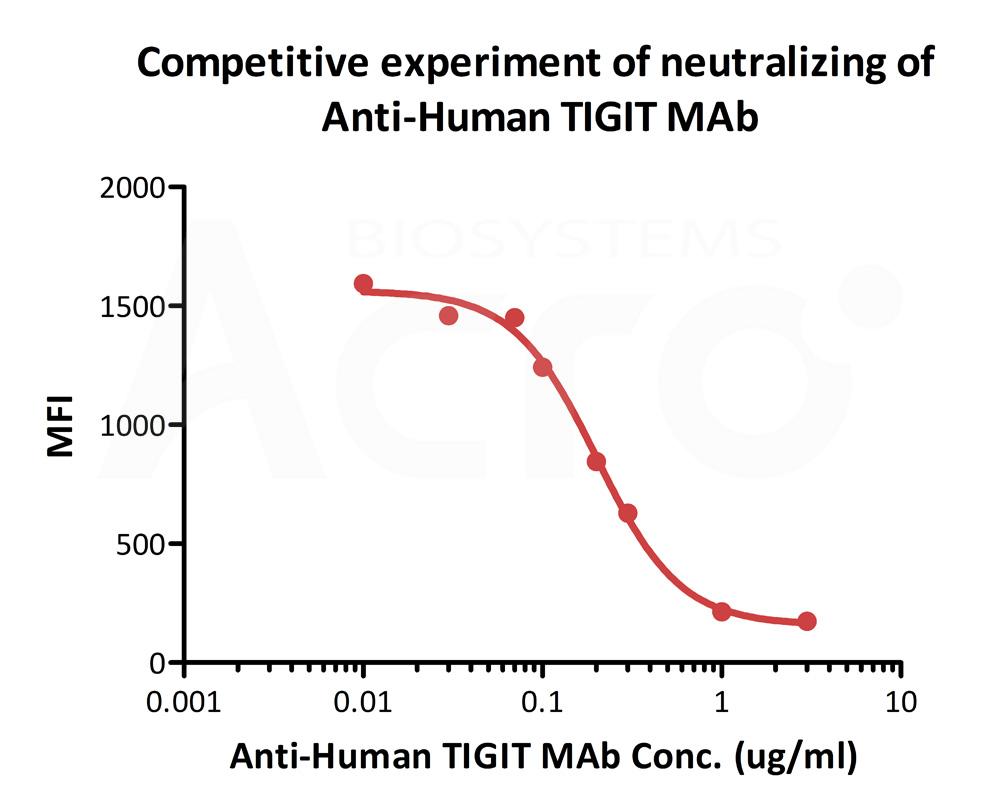 FACS analysis shows that the binding of Biotinylated Human CD155, Fc,Avitag (Cat. No. CD5-H82F6) to 293T overexpressing TIGIT was inhibited by increasing concentration of neutralizing Anti-Human TIGIT MAb. The concentration of CD155 used is 1 μg/mL. The IC50 is 0.201 μg/mL (Routinely tested).