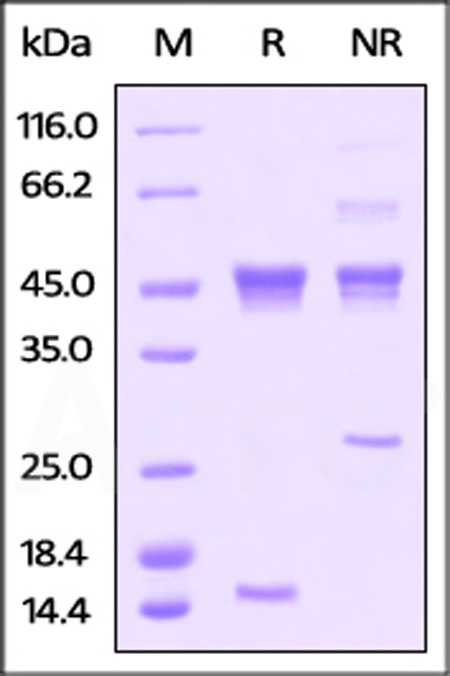 Human Latent Activin A, His Tag on SDS-PAGE under reducing (R) and non-reducing (NR) conditions. The gel was stained overnight with Coomassie Blue. The purity of the protein is greater than 95%. 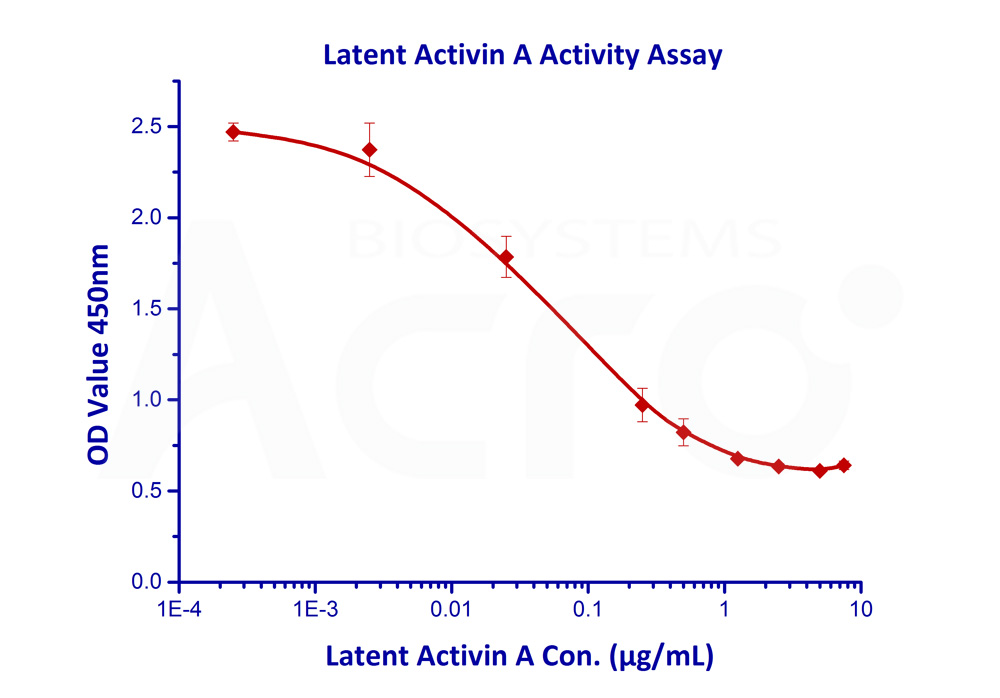 The bio-activity of Human Latent Activin A, His Tag (Cat. No. ACA-H424x) was determined by dose-dependent inhibition of the proliferation of MPC-11 cells. The EC50 for this effect is typically 47-66 ng/mL (Routinely tested).