Biotinylated Human Syndecan-1, His,Avitag™ on SDS-PAGE under reducing (R) condition. The gel was stained overnight with Coomassie Blue. The purity of the protein is greater than 90%. 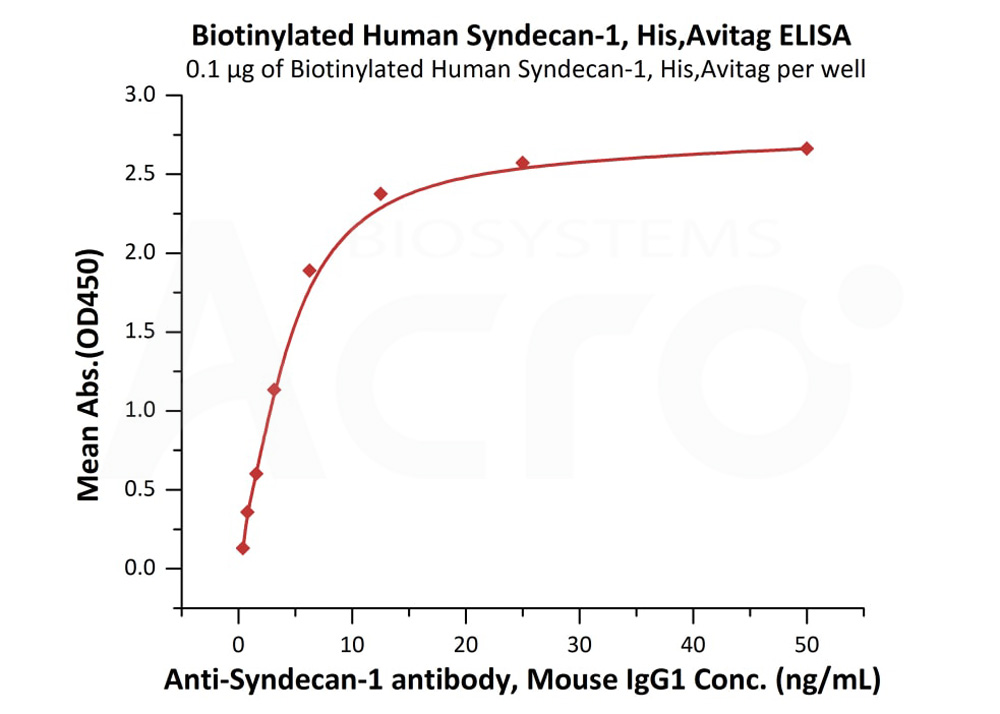 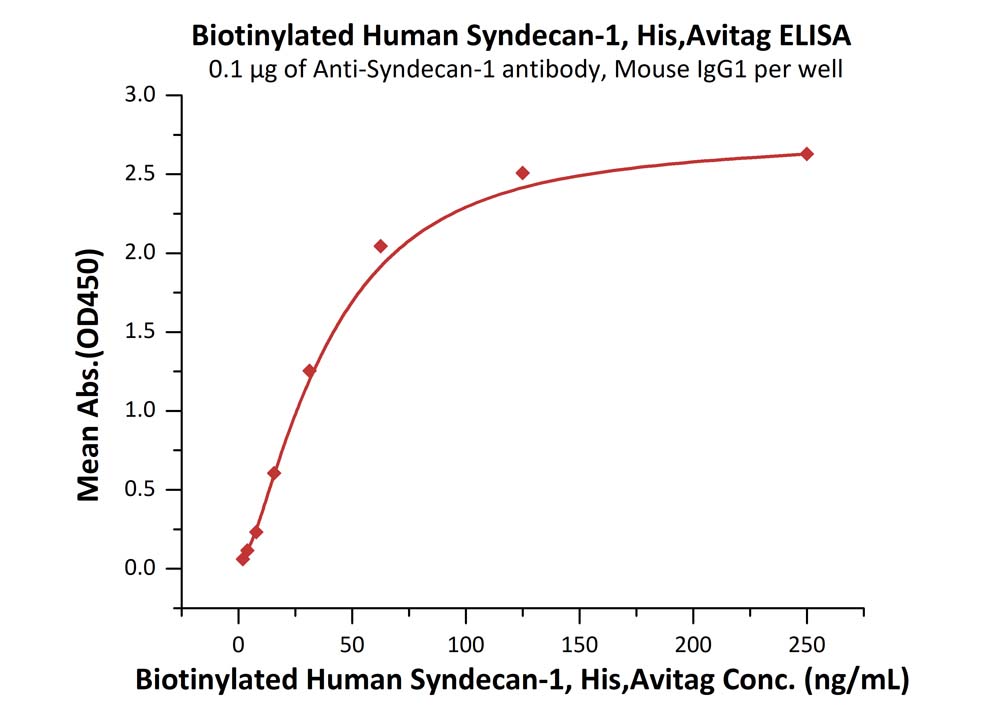 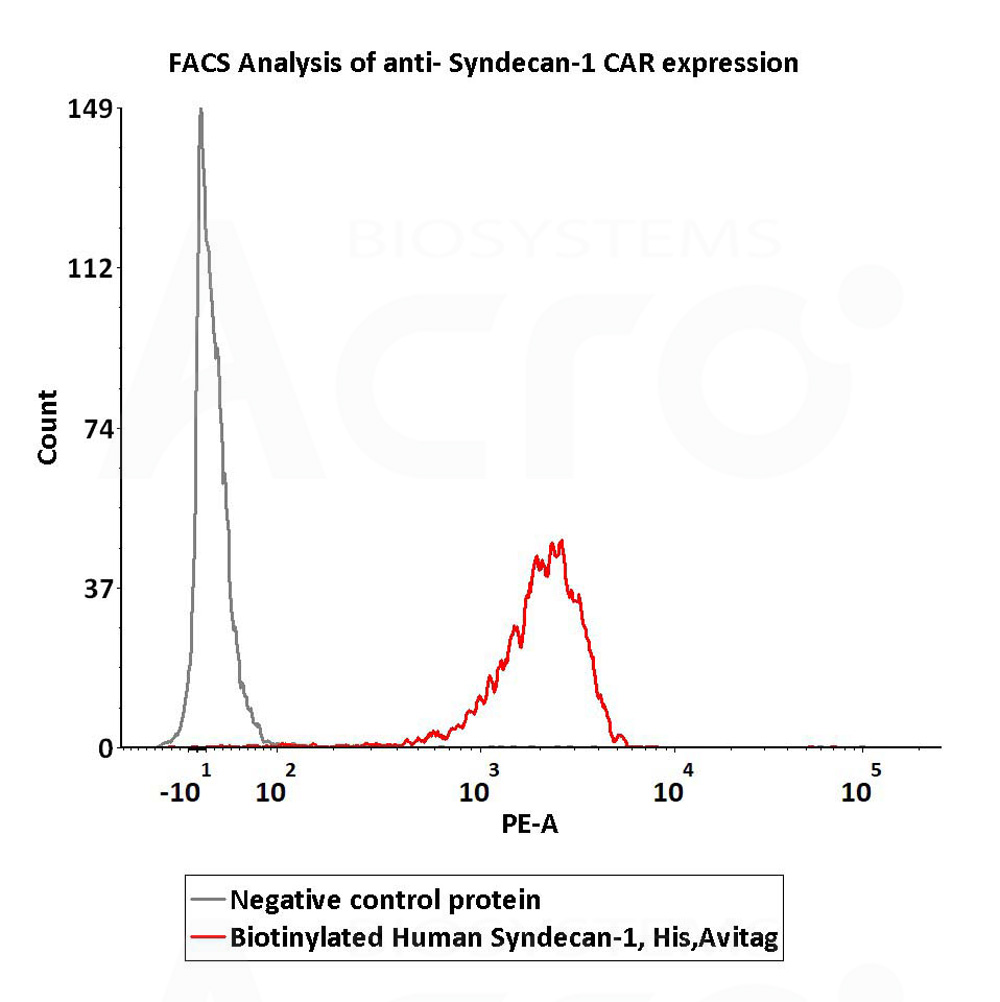 2e5 of anti-Syndecan-1 CAR-293 cells were stained with 100 μL of 1 μg/mL of Biotinylated Human Syndecan-1, His,Avitag (Cat. No. SY1-H82E2) and negative control protein respectively, washed and then followed by PE-SA and analyzed with FACS (Routinely tested).