There are two mechanisms to explain the tumor-promoting effects of TGF-β:

1. The tumor uses TGF-β to promote the epithelial mesenchymal transition (EMT), thereby enhance the migration, invasion, infiltration, and extravasation of the tumor cells.

The TME is the environment around a tumor, including the surrounding blood vessels, immune cells, fibroblasts, signaling molecules, and ECM. TEM is critical for tumor immune escape. It forms a barrier to protect the tumor from immune systems and finally leads to tumor metastasis. Therefore, TME is critical for tumor development and is one of the major issues in tumor clinical treatment that needs to be addressed.

The TME is induced by TGF-β through the following steps:

1.     TGF-β activates/differentiates fibroblasts, mesenchymal stem cells, epithelial tumor cells, adipose tissue-derived stem cells, and endothelial cells (Figure 2A). The fibroblasts are key components of the TME. They promote immune escape and angiogenesis by supplying ECM and cytokines. Endothelium cells are located on the surface of blood and lymphatic vessels. Blood vessels nourish tumors by delivering blood/oxygen/nutrients, removing waste, and controlling the entry and exit of immune cells and other substances. TGF-β acts directly and indirectly on endothelial cells to promote angiogenesis and migration in TME (Figure 2b).

2.     TGF-β suppresses the immune system by regulating the function of the immune cell populations in the tumor microenvironment (TME), which is dotted with a variety of innate and adaptive immune cells. 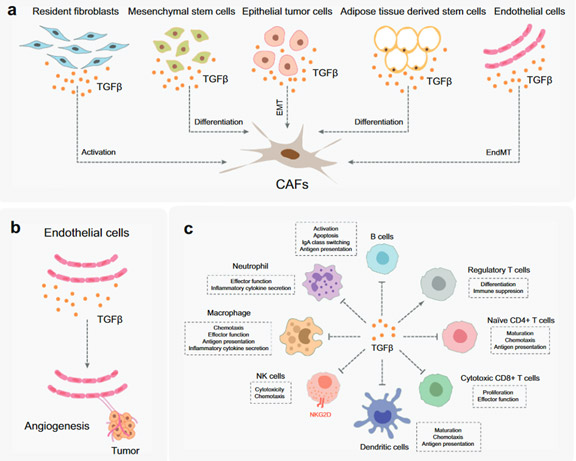 Figure 2. The function of TGF-β in TME

Since TGF-β is involved in many aspects of tumor genesis and development, the inhibition of TGF-β signal transduction provides multiple research targets for anti-tumor therapy, which has become a hot research field of new anti-cancer therapies.

Cancer cells often escape from TGF-β-induced cell suppression responses. That is why in most cases, cancer patients show recurrence symptoms after chemotherapy, targeted therapy, or radiation. The response of a single treatment regimen is limited. However, the combination therapy has become popular. We use an anti- TGF-β drug in combination with one of following treatments including immune checkpoint inhibitors (such as PD-1/PD-L1 antibodies), cytotoxic drugs, radiation therapy and cancer vaccines. According to the clinical data, the anti-tumor effect of the combination of PD-L1 antibody and TGF-β antibody is more effective than that of single-drug treatment (Table 1). However, the anticancer mechanism of TGF-β inhibitors is still unclear. The further understanding of the interaction between human body and TGF-β signaling is the key to improve clinical efficacy in the future.

TGF-β signal transduction has attracted great attention in scientific and clinical studies due to its important role in tumor immune escape. An in-depth understanding of the mechanism of TGF-β can help to optimize the tumor treatment plans in clinical practice and provide a direction of new cancer drug development in the industry.

ACROBiosystems independently developed a series of TGF-beta 1, Latent TGF-beta 1, TGF-beta 3, TGF-beta RII proteins, and their biological activity has been verified by various technologies such as Cell based assay and ELISA with good feedback from our customers. Furthermore, the corresponding protocol is provided for free in order to help you shorten the R&D cycle. 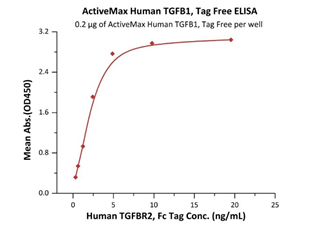 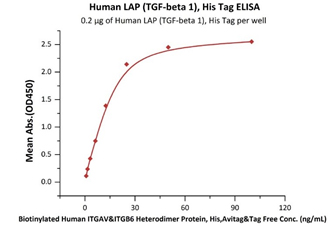 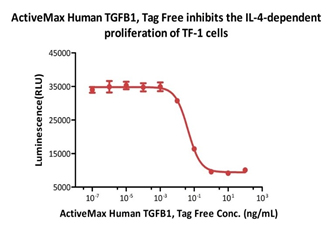