The "antibody matrix" series products are characterized with high-specificity and high-sensitivity, and they are suitable for the methodology construction of both diagnosis and the entire process in the biopharmaceutical R&D, helping to accelerate the medicine R&D and commercial process.

TNF-α is the most widely studied pleiotropic cytokine of the tumor necrosis factor superfamily. As an important cytokine in the innate immune response, TNF-α plays a key role in the direct host defense against invading microorganisms before the activation of the adaptive immune system. It is primarily produced by the activation of membrane-bounded pattern recognition molecules such as toll-like receptors by macrophages, which detect common bacterial cell surface products. TNF-α is also produced by several other pro-inflammatory cells, including monocytes, dendritic cells, B cells, CD4+ cells, neutrophils, mast cells, and eosinophils, as well as structural cells (i.e., fibroblasts, epithelial cells, and smooth muscle cells).

TNF-α is initially a biologically active, 26KD membrane-anchored precursor protein (mTNF-α) that is subsequently cleaved by TNF-α converting enzyme (TACE) to form a 17KD free protein. These proteins form biologically active homotrimers that act on the ubiquitously expressed TNF-α receptors 1 and 2. This receptor-ligand interaction results in intracellular signaling without internalizing the complex, and the phosphorylation of IkBa, which activates the nuclear factor-kB (p50-p65) heterodimer, which further interacts with DNA chromatin structure to increase the transcription of pro-inflammatory genes such as IL-1B, IL-6, IL-8, and TNF-α. The activating response of TNF-α is balanced by the shedding of the extracellular domain of the TNF-α receptor. 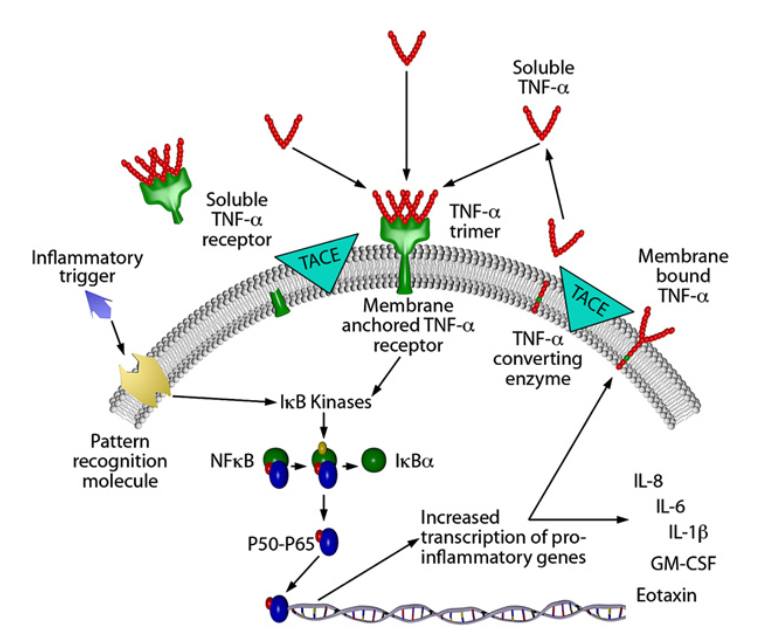 The biological mechanism and signal transduction of TNF-α

TNF-α is a major pleiotropic mediator of acute and chronic systemic inflammatory responses, regulating both apoptosis and proliferation, and promoting the production of other chemokines and cytokines. It is also involved in a range of physiological processes, such as antitumor responses, control of inflammation, and immune system homeostasis. TNF-α is also one of the most important pro-inflammatory cytokines in the innate immune response. The TNF-α signaling pathway plays a crucial role in cytokine release storm (CRS), and dysregulation of TNF-α signaling can trigger CRS. Elevation of TNF-α may accelerate viral infection, organ damage, and block cytokine-mediated inflammatory cell death signaling pathways which may benefit COVID-19 patients or other infectious diseases and limit tissue damage. 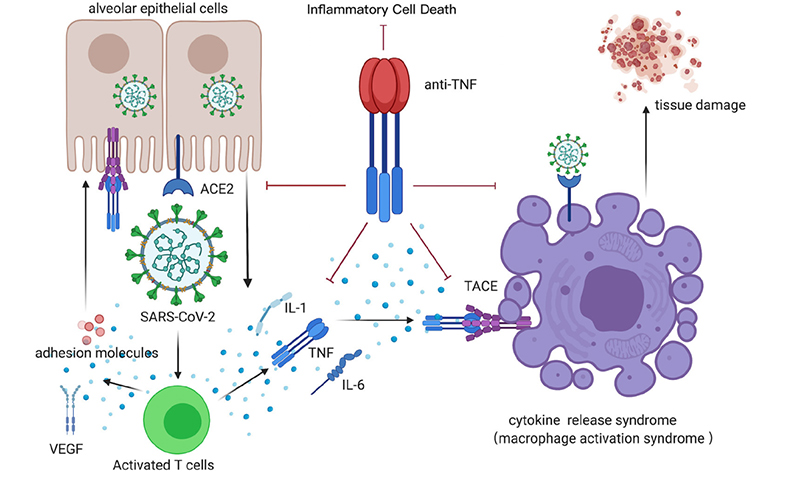 Some studies have pointed out that the adoption of anti-TNF therapy may be limited by its potential side effects. It is particularly important to distinguish patients with poor prognosis and improve clinical outcomes from patients who can recover on their own and find the treatment time for COVID-19 patients, so as to minimize potential risks associated with immunosuppression.

As we mentioned before, TNF-α is a powerful pro-inflammatory cytokine with pleiotropic effects on multiple cell types and plays an important role in the pathogenesis of chronic inflammatory diseases such as rheumatoid arthritis (RA). A variety of anti-TNF drugs have been successfully used to treat chronic inflammatory diseases such as Crohn's disease, RA, ankylosing spondylitis (AS), and psoriasis. The clinical efficacy of different anti-TNF drugs may be due to their different effects on transmembrane TNF-α cells. 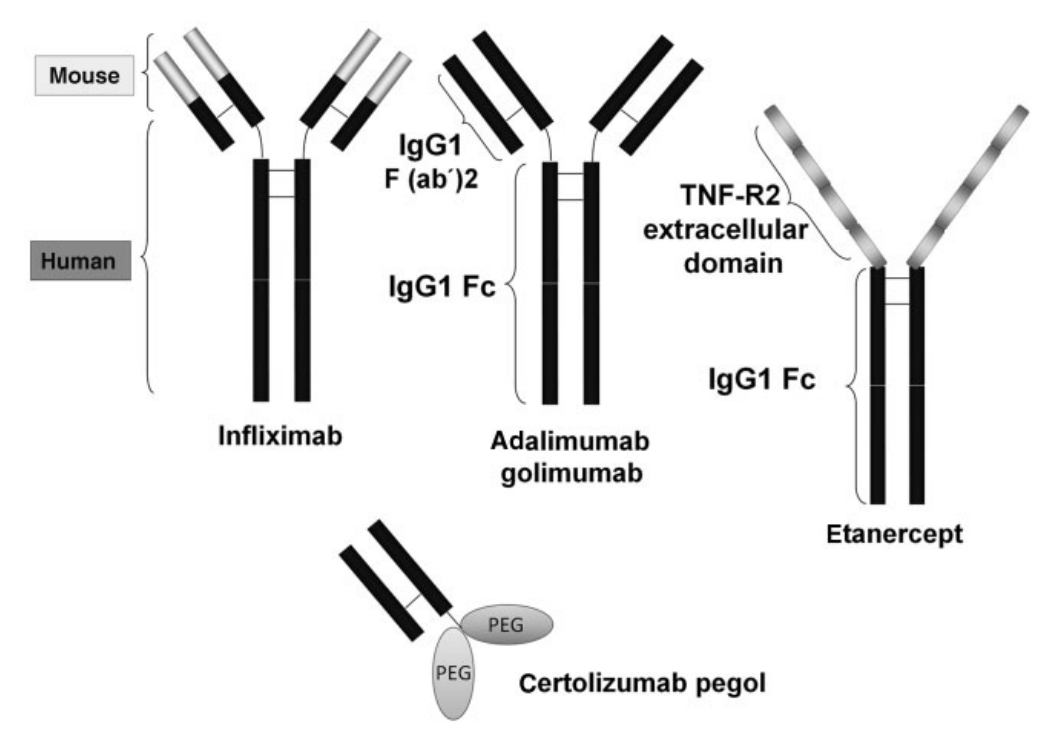 Suitable for the detection of TNF-α by antibodies sandwich method. 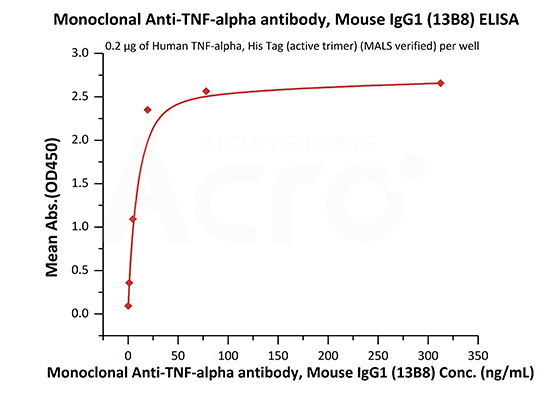 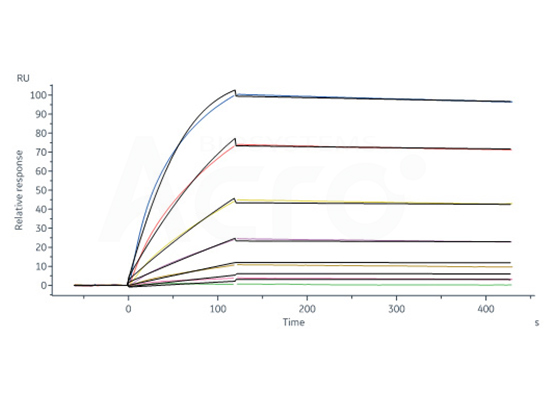 Monoclonal Anti-TNF-alpha antibody, Mouse IgG1 (13B8) (Cat. No. TNA-Y58) captured on CM5 chip via anti-mouse antibodies surface can bind Human TNF-alpha, His Tag (active trimer) (Cat. No. TNA-H5228) with an affinity constant of 0.323 nM as determined in a SPR assay (Biacore 8K). 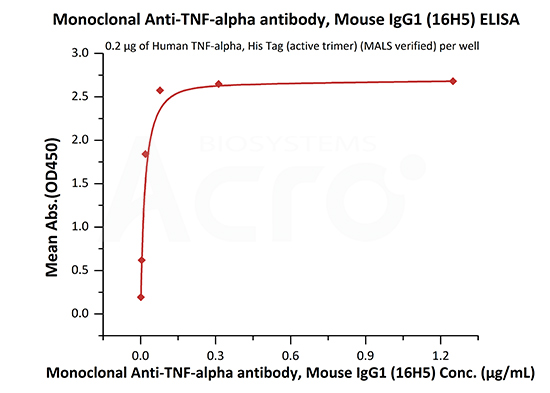 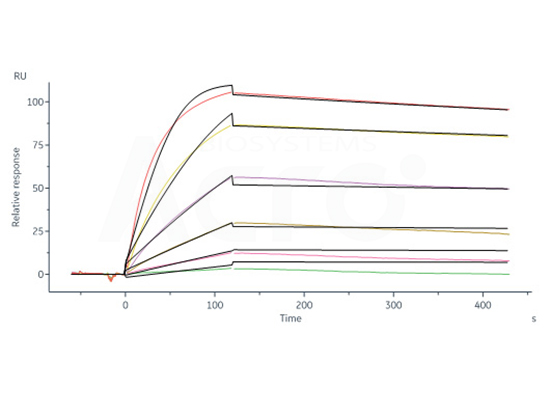