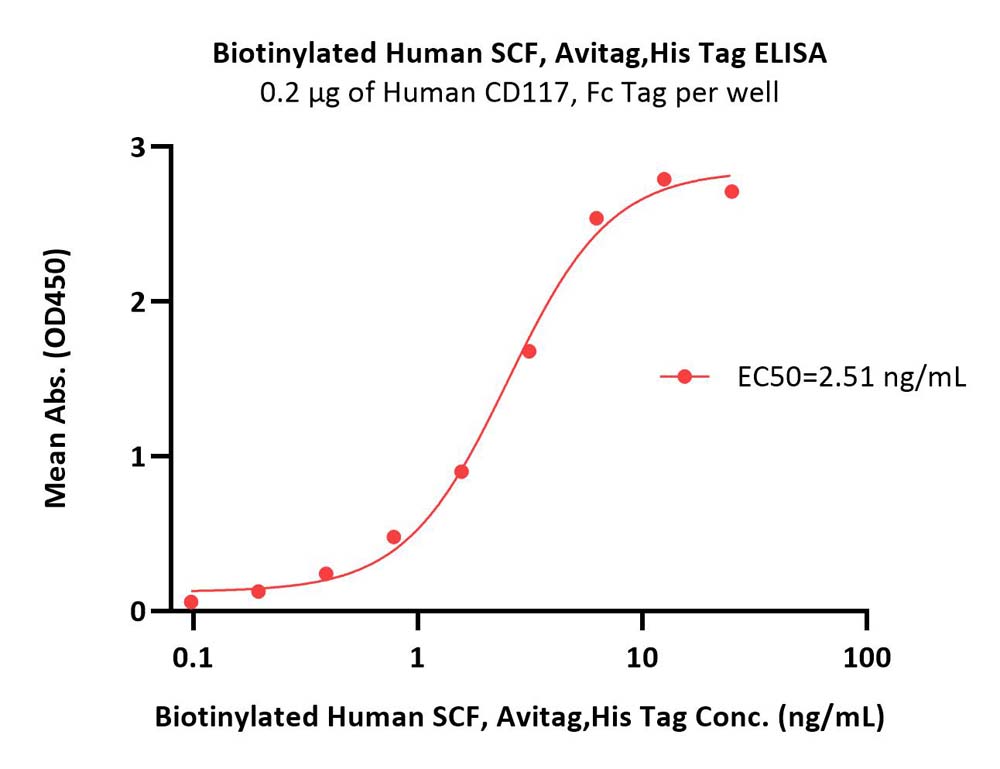 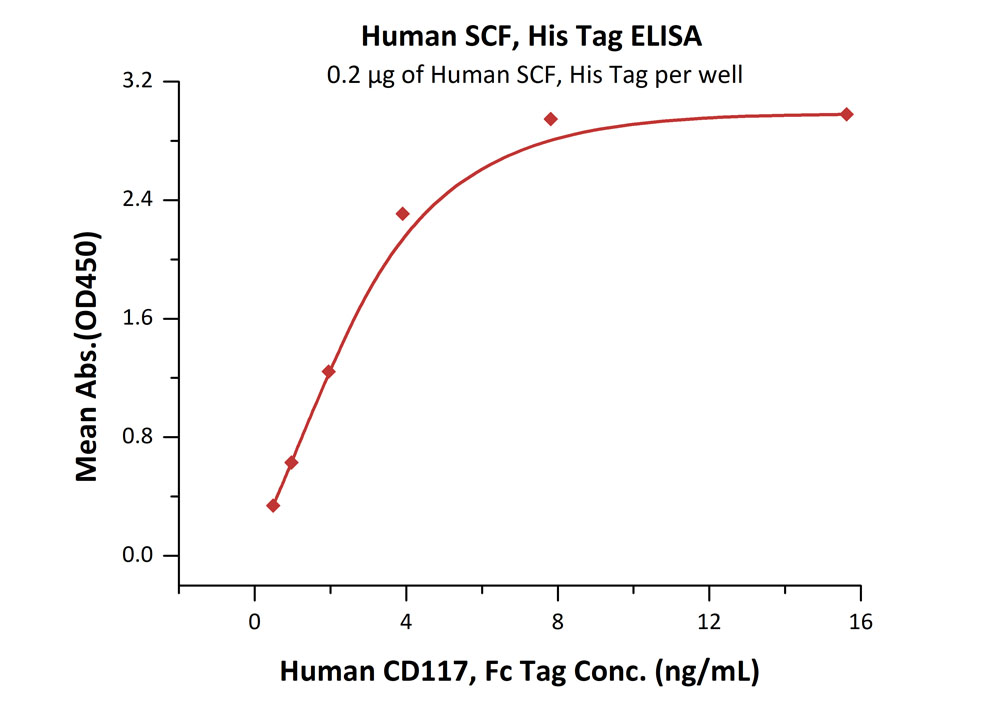 Stem Cell Factor is also known as SCF, kit-ligand, KL, steel factor, KITLG, FPH2,  KL-1, Kitl, MGF, SCF, SF, or SHEP7, and  is a cytokine that binds to the c-Kit receptor (CD117). SCF can exist both as a transmembrane protein and a soluble protein. This cytokine plays an important role in hematopoiesis (formation of blood cells), spermatogenesis, and melanogenesis. The soluble and transmembrane forms of the protein are formed by alternative splicing of the same RNA transcript.Soluble and transmembrane SCF is produced by fibroblasts and endothelial cells. Soluble SCF has a molecular weight of 18,5 KDa and forms a dimer. SCF plays an important role in the hematopoiesis during embryonic development. Sites where hematopoiesis takes place, such as the fetal liver and bone marrow, all express SCF. During development, the presence of the SCF also plays an important role in the localization of melanocytes, cells that produce melanin and control pigmentation. SCF plays a role in the regulation of HSCs in the stem cell niche in the bone marrow. SCF may be used along with other cytokines to culture HSCs and hematopoietic progenitors. The expansion of these cells ex-vivo (outside the body) would allow advances in bone-marrow transplantation, in which HSCs are transferred to a patient to re-establish blood formation.