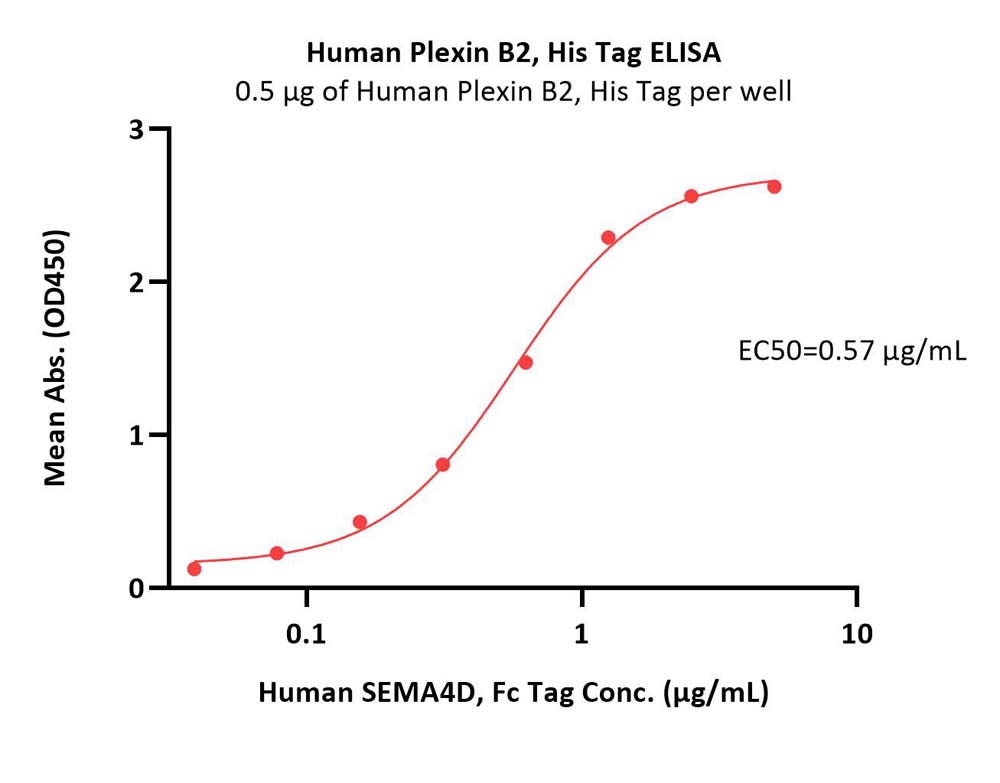 Plexin B2 serves as the receptor of Sema4C and Sema4G. By signaling the effect of Sema4C and Sema4G, the plexin B2 receptor plays important roles in neural tube closure and cerebellar granule cell development. Mice lacking Plexin B2 demonstrated defects in closure of the neural tube and disorganization of the embryonic brain. In developing kidney, Sema4C-Plexin B2 signaling modulates ureteric branching. Plexin B2 is expressed both in the pretubular aggregates and the ureteric epithelium in the developing kidney. Deletion of Plexin B2 results in renal hypoplasia and occasional double ureters. The Sema domain is located at the N-terminus and contains four disulfide bonds formed by eight conserved cysteine residues. It serves as a ligand-recognition and -binding module.