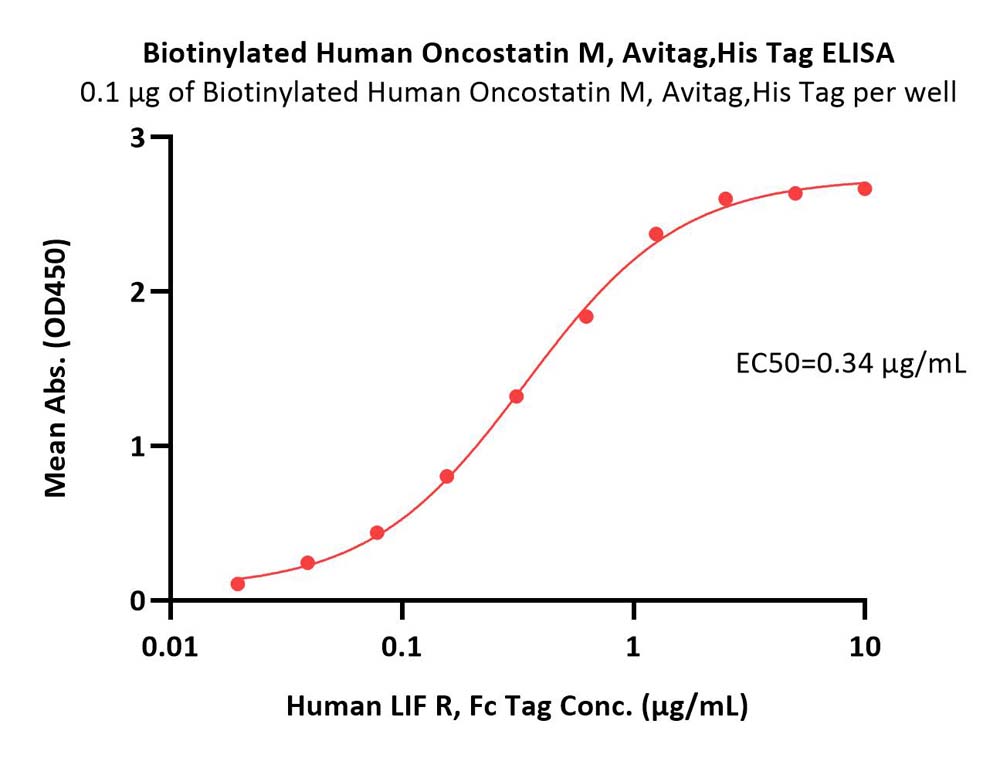 Oncostatin M is also known as OSM, is a glycoprotein belonging to the interleukin-6 family of cytokines that has functions mainly in cell growth. Of these cytokines it most closely resembles leukemia inhibitory factor (LIF) in both structure and function. However, it is as yet poorly defined and is proving important in liver development, haematopoeisis, inflammation and possibly CNS development. It is also associated with bone formation and destruction. OSM signals through cell surface receptors that contain the protein gp130. The type I receptor is composed of gp130 and LIFR, the type II receptor is composed of gp130 and OSMR. Oncostatin M (OSM) was previoustly identified by its ability to inhibit the growth of cells from melanoma and other solid tumors. It also has been reported that OSM, like LIF, IL-6 and G-CSF, has the ability to inhibit the proliferation of murine M1 myeloid leukemic cells and can induce their differentiation into macrophage-like cells. The human form of OSM is insensitive between pH2 and 11 and resistant to heating for one hour at 56 degree but is not stable at 90 degrees. The three dimensional structure of human OSM has been solved to atomic resolution, confirming the predicted long chain four helix bundle topology. Comparing this structure with the known structures of other known LC cytokines shows it to be most closely related to LIF.