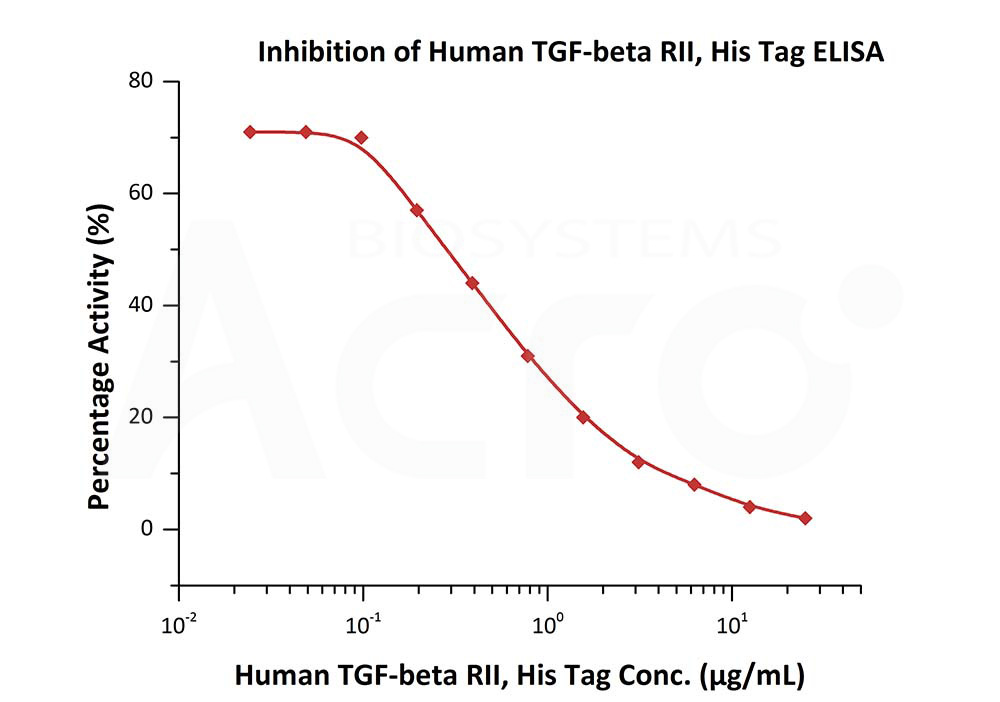 The purity of Biotinylated Human TGFBR2, Fc,Avitag (Cat. No. TG2-H82F6) was more than 90% and the molecular weight of this protein is around 110-125 kDa verified by SEC-MALS. 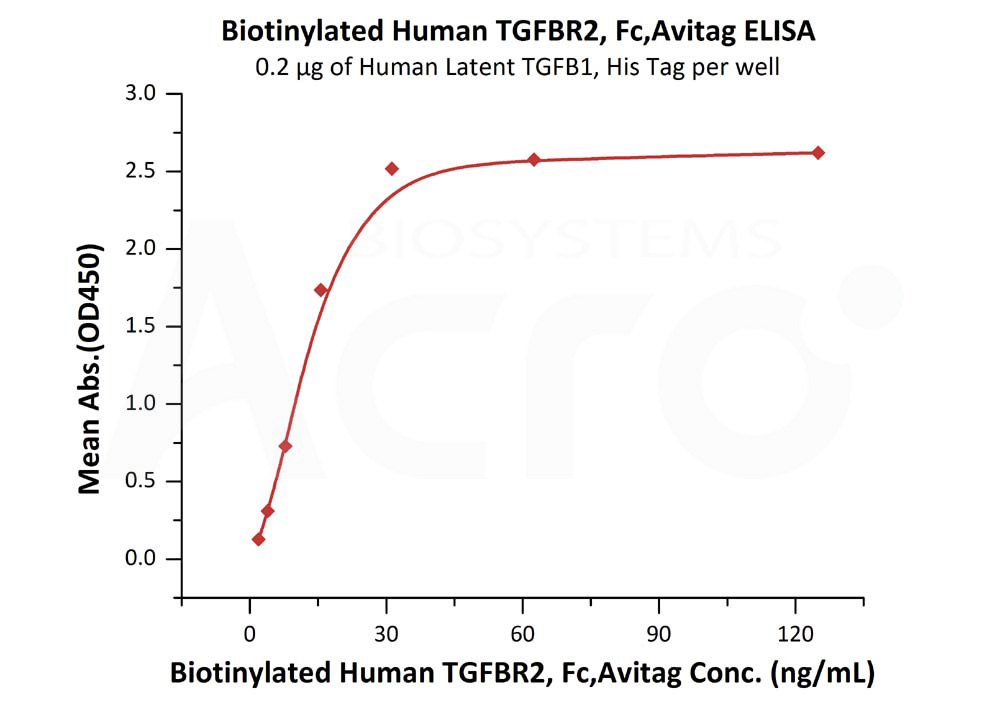 TGF-beta receptor type-2 (TGFBR2 or TGFR-2) is also known as TGF-beta type II receptor, Transforming growth factor-beta receptor type II, TbetaR-II, TGFβR2, which is a homodimer or heterohexamer, belongs to the protein kinase superfamily, TKL Ser/Thr protein kinase family and TGFB receptor subfamily. TGFR2 / TGFBR2 binds TGF-β1 / TGFB1 and TGF-β3 / TGFB3 with high affinity and TGF-β2 / TGFB2 with a much lower affinity. This type I I receptor forms a heterodimeric complex with type I  receptor and is essential for signal transduction. Upon ligand binding, the TGFR2 autophosphorylates its cytoplasmic domain and subsequently phosphorylates the downstream molecules which then enter the nucleus and regulate the transcription of a subset of genes related to cell proliferation.