Based on the high binding affinity between biotin-streptavidin systems, our Streptavidin series products are recommended to use together with biotinylated proteins to get lower non-specific binding results in a shorter time.

Biotinylated Mouse BAFF, Tag Free, primary amine labeling on SDS-PAGE under reducing (R) condition. The gel was stained overnight with Coomassie Blue. The purity of the protein is greater than 95%. 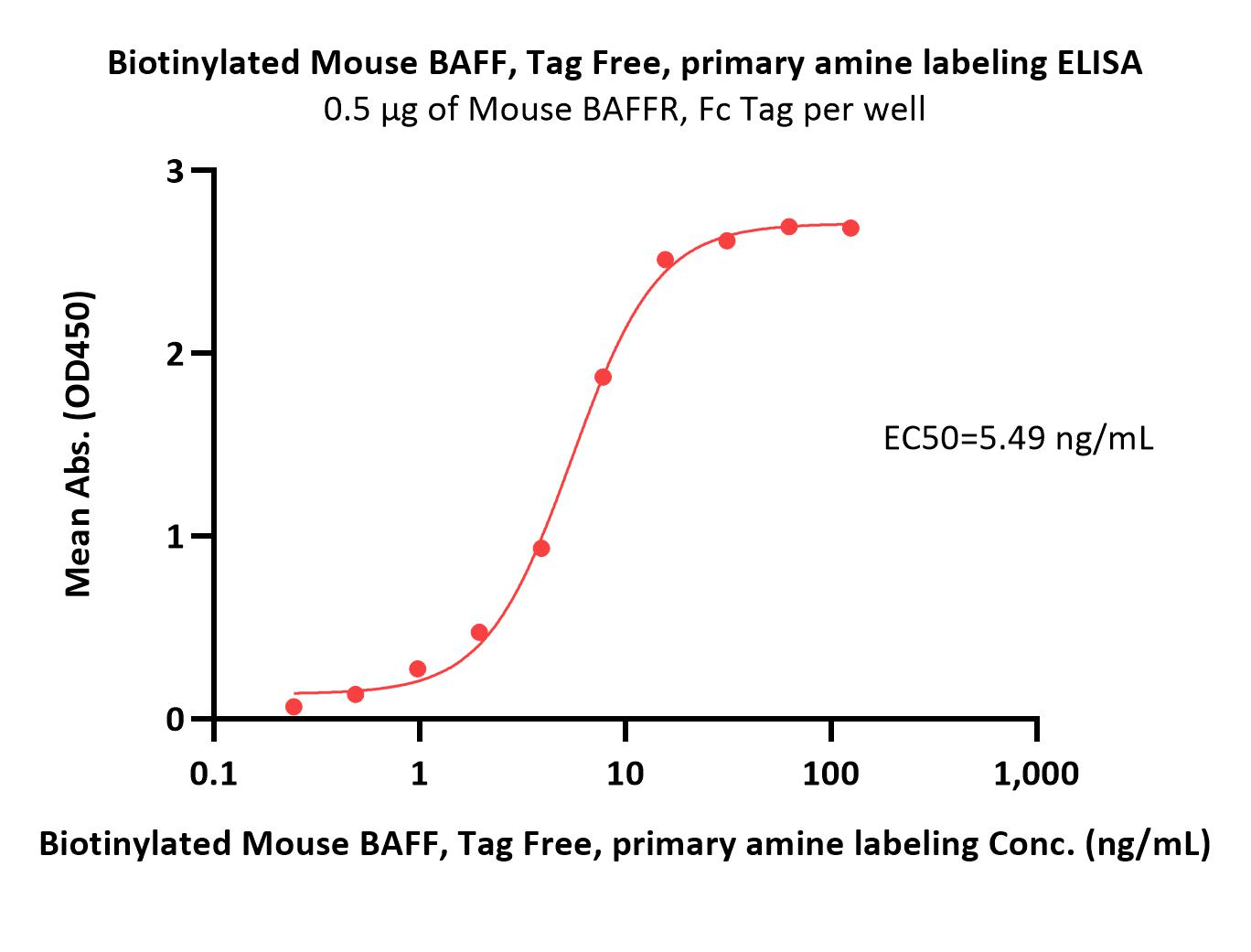