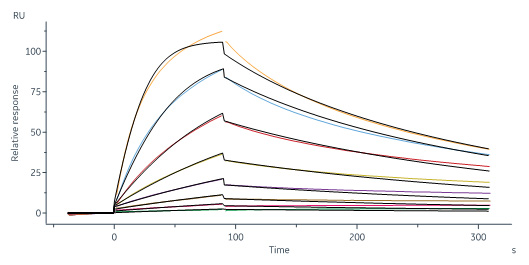 Insulin-like growth factor 1 (IGF-1) is also known as somatomedin C, IGF1A, IGFI, sulfation factor, and is a hormone similar in molecular structure to insulin. It plays an important role in childhood growth and continues to have anabolic effects in adults. A synthetic analog of IGF-1, mecasermin is used for the treatment of growth failure. IGF-1 consists of 70 amino acids in a single chain with three intramolecular disulfide bridges. IGF-1 has a molecular weight of 7649 daltons. IGF-1 is produced primarily by the liver as an endocrine hormone as well as in target tissues in a paracrine/autocrine fashion. IGF-1 binds to at least two cell surface receptors: the Insulin-like growth factor 1 receptor, abbreviated as "IGF1R", and the insulin receptor. The IGF-1 receptor seems to be the "physiologic" receptor - it binds IGF-1 at significantly higher affinity than the IGF-1 that is bound to the insulin receptor. Like the insulin receptor, the IGF-1 receptor is a receptor tyrosine kinase - meaning it signals by causing the addition of a phosphate molecule on particular tyrosines. Its primary action is mediated by binding to its specific receptor IGF1R, present on many cell types in many tissues. Binding to the IGF1R, a receptor tyrosine kinase, initiates intracellular signaling; IGF-1 is one of the most potent natural activators of the AKT signaling pathway, a stimulator of cell growth and proliferation, and a potent inhibitor of programmed cell death. Insulin-like growth factor 1 has been shown to bind and interact with all the IGF-1 Binding Proteins (IGFBPs), of which there are six (IGFBP1-6). Specific references are provided for interactions with IGFBP3, IGFBP4 and IGFBP7.