Based on the high binding affinity between biotin-streptavidin systems, our Streptavidin series products are recommended to use together with biotinylated proteins to get lower non-specific binding results in a shorter time.
INTRODUCTION
QC & Assay Protocol
Citation & Background
SDS-PAGE

Biotinylated Human IGF-I, Avitag,Fc Tag on SDS-PAGE under reducing (R) condition. The gel was stained overnight with Coomassie Blue. The purity of the protein is greater than 90%.

The purity of Biotinylated Human IGF-I, Avitag,Fc Tag (Cat. No. IG1-H82F7) is more than 85% and the molecular weight of this protein is around 65-85 kDa verified by SEC-MALS. 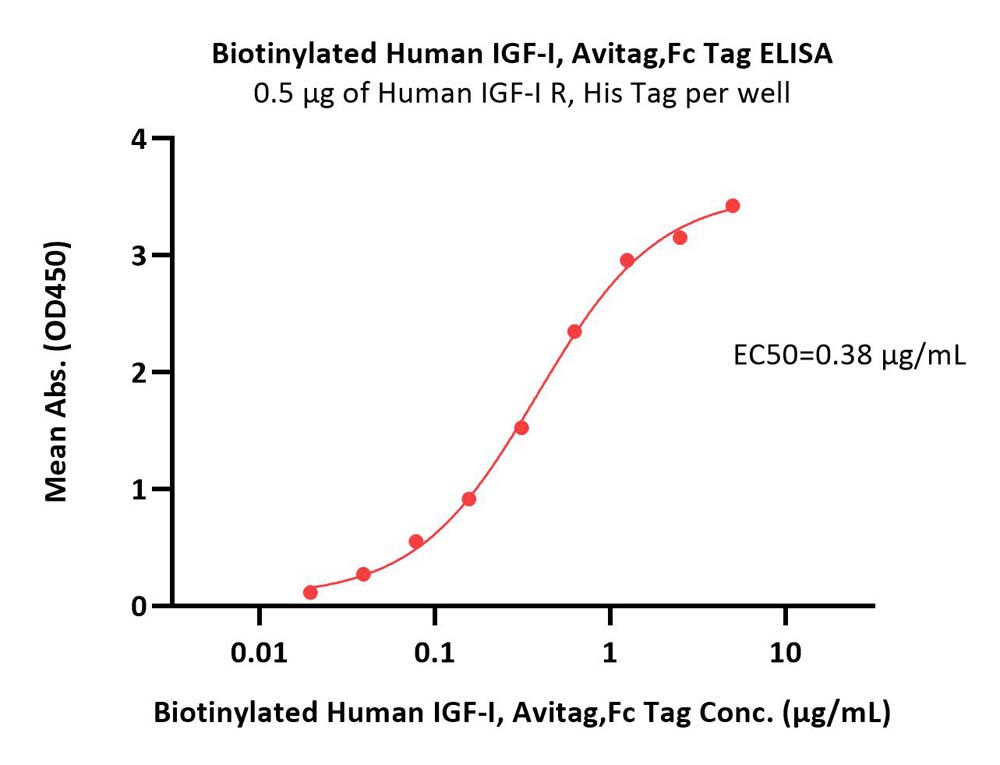