Human CD155, Fc Tag on SDS-PAGE under reducing (R) condition. The gel was stained overnight with Coomassie Blue. The purity of the protein is greater than 95%. 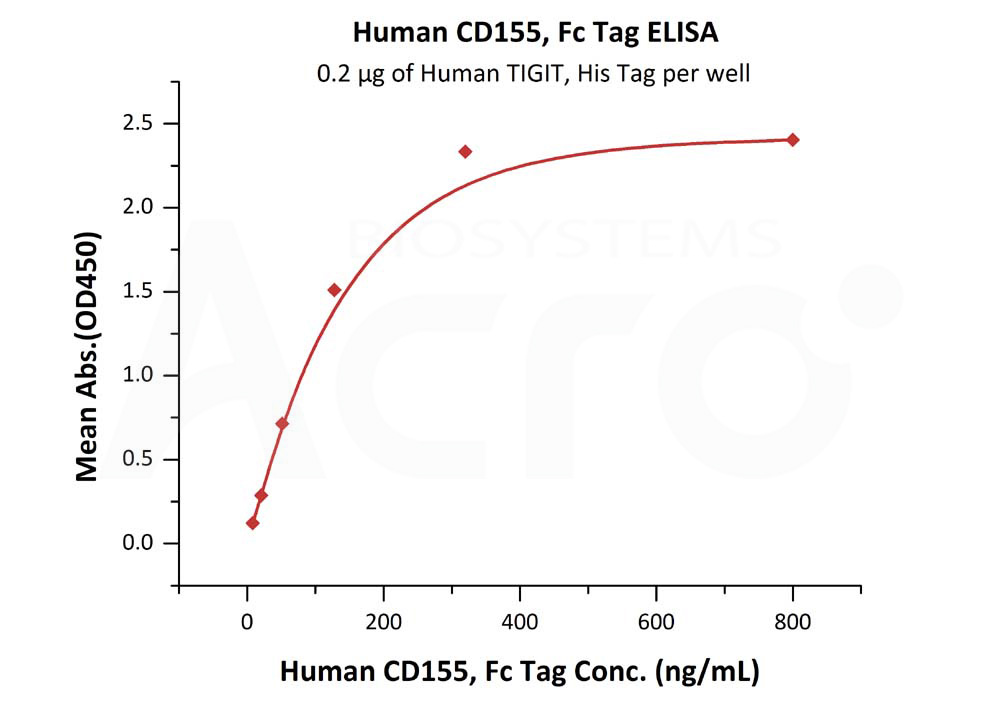 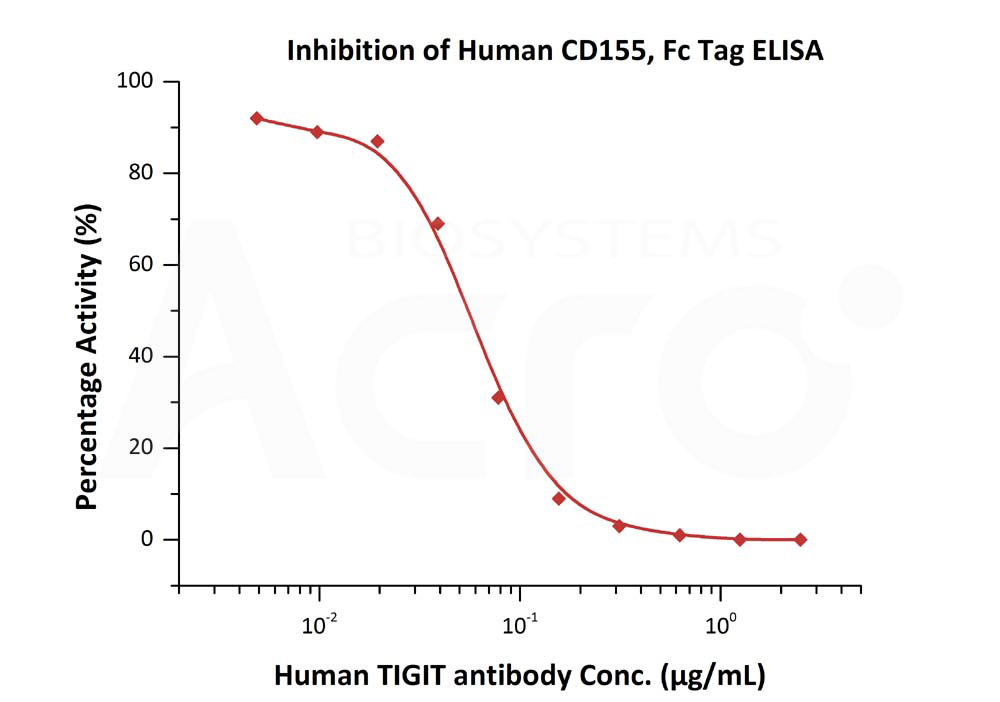 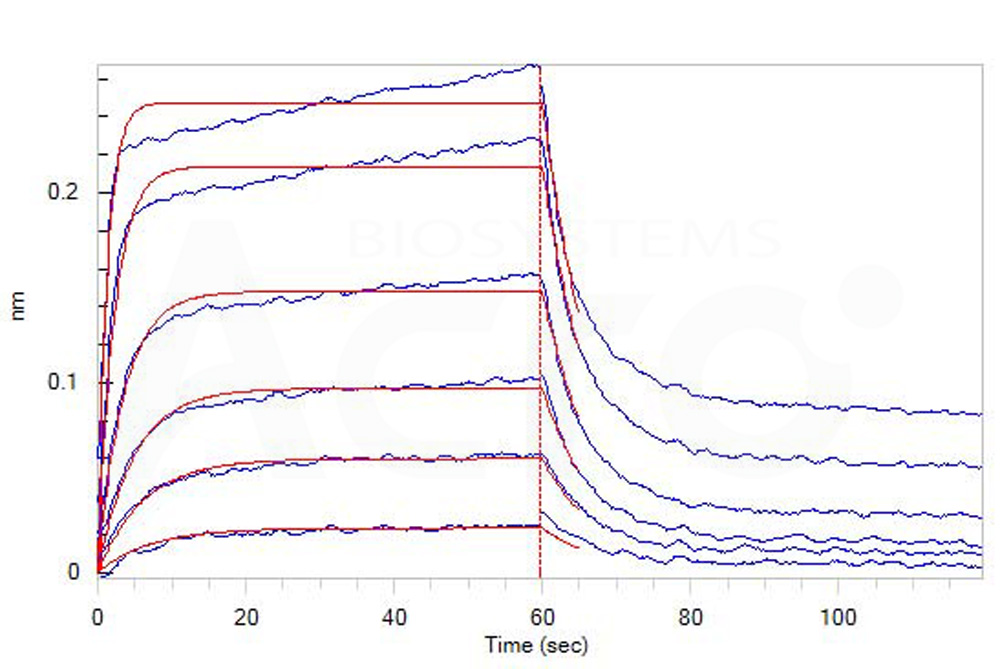 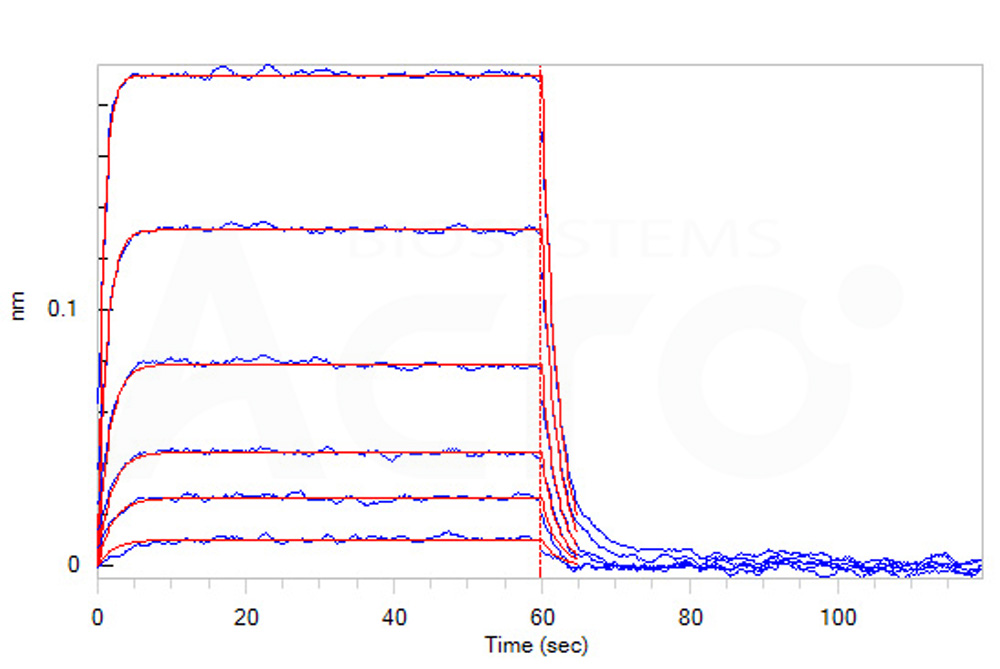 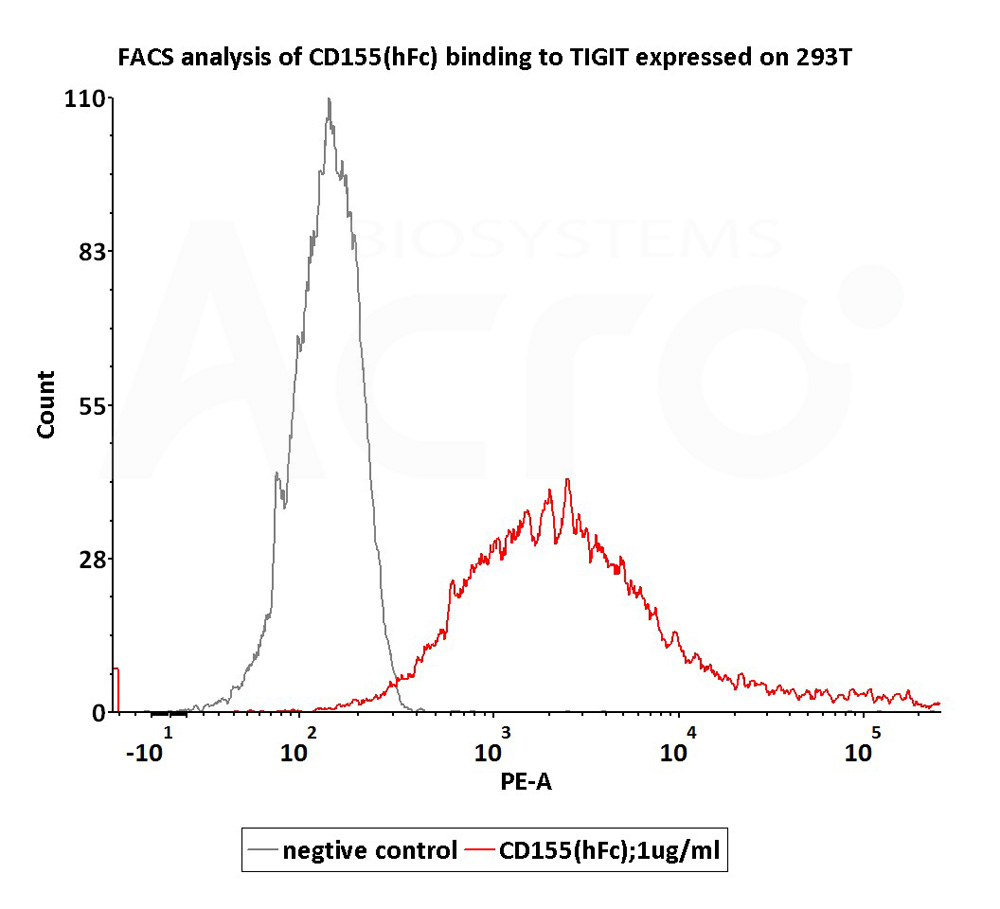 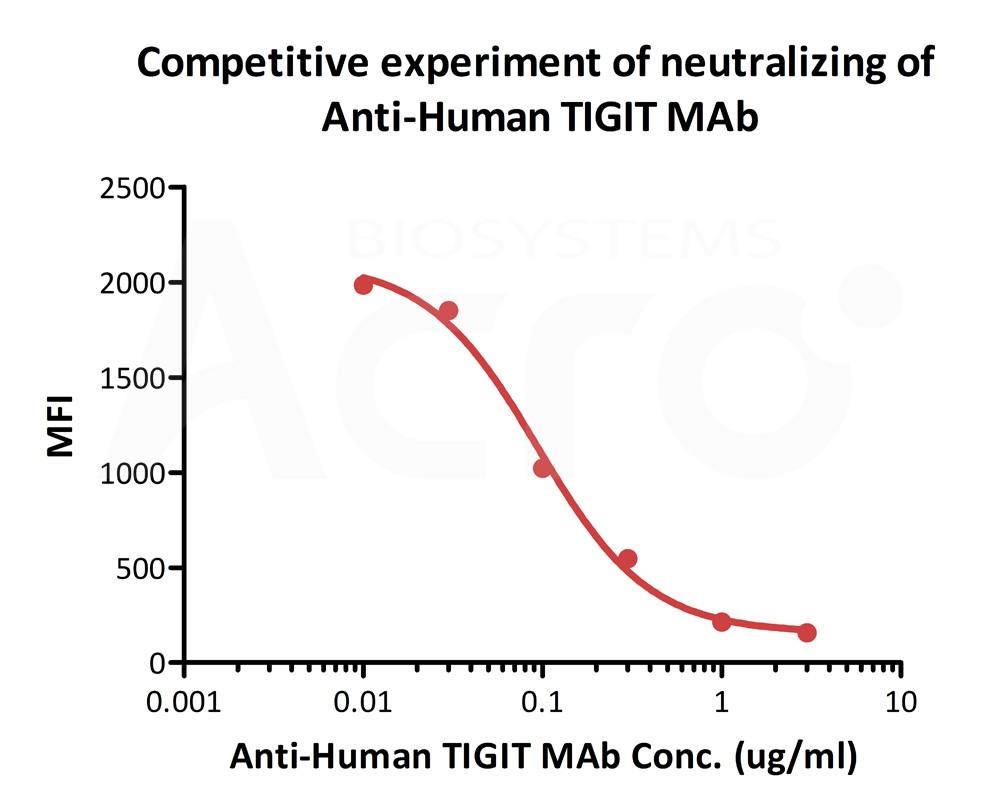 FACS analysis shows that the binding of Human CD155, Fc Tag (Cat. No. CD5-H5251) to 293T overexpressing TIGIT was inhibited by increasing concentration of neutralizing Anti-Human TIGIT MAb. The concentration of CD155 used is 1 μg/mL. The IC50 is 0.09422 μg/mL (Routinely tested).