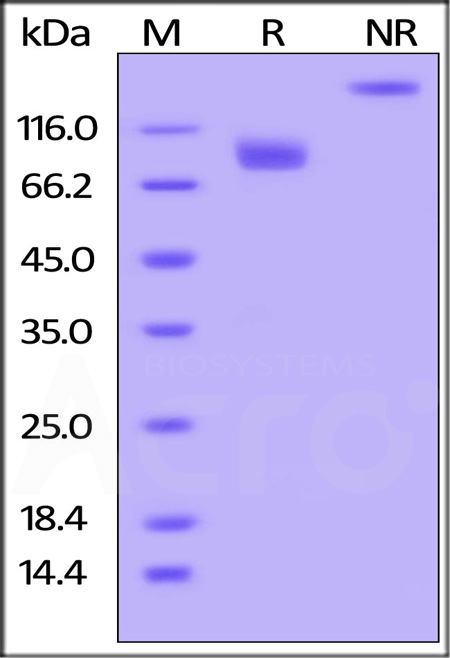 Human CD155, Mouse IgG2a Fc Tag, low endotoxin on SDS-PAGE under reducing (R) and non-reducing (NR) conditions. The gel was stained overnight with Coomassie Blue. The purity of the protein is greater than 95%. 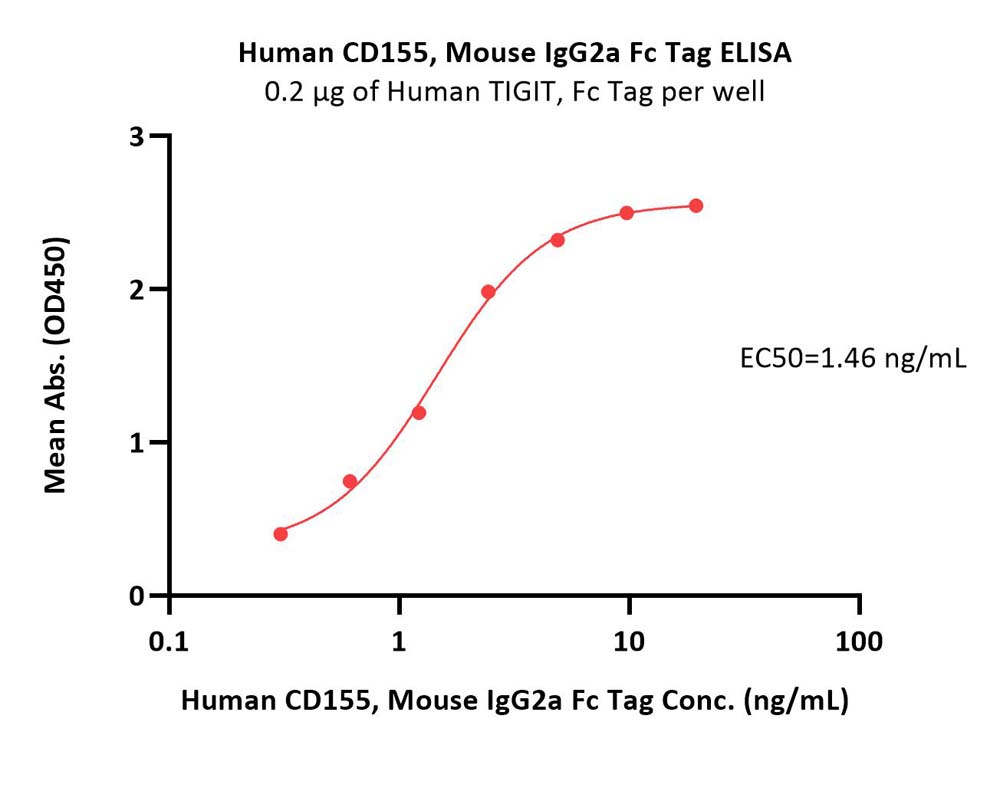 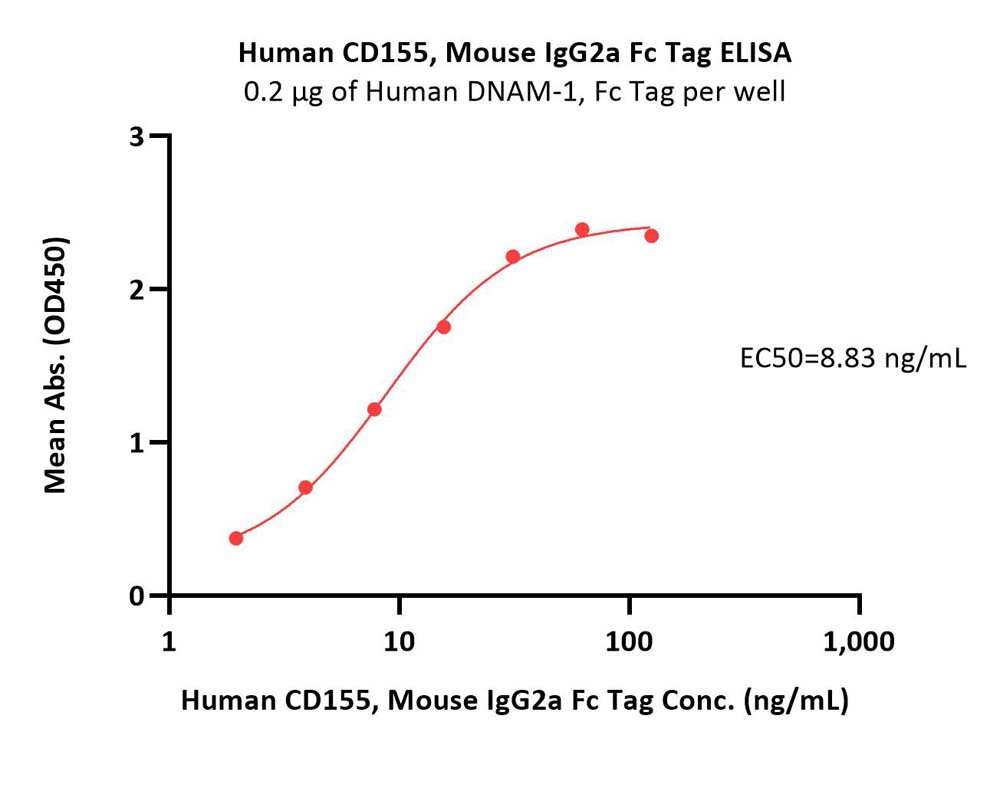 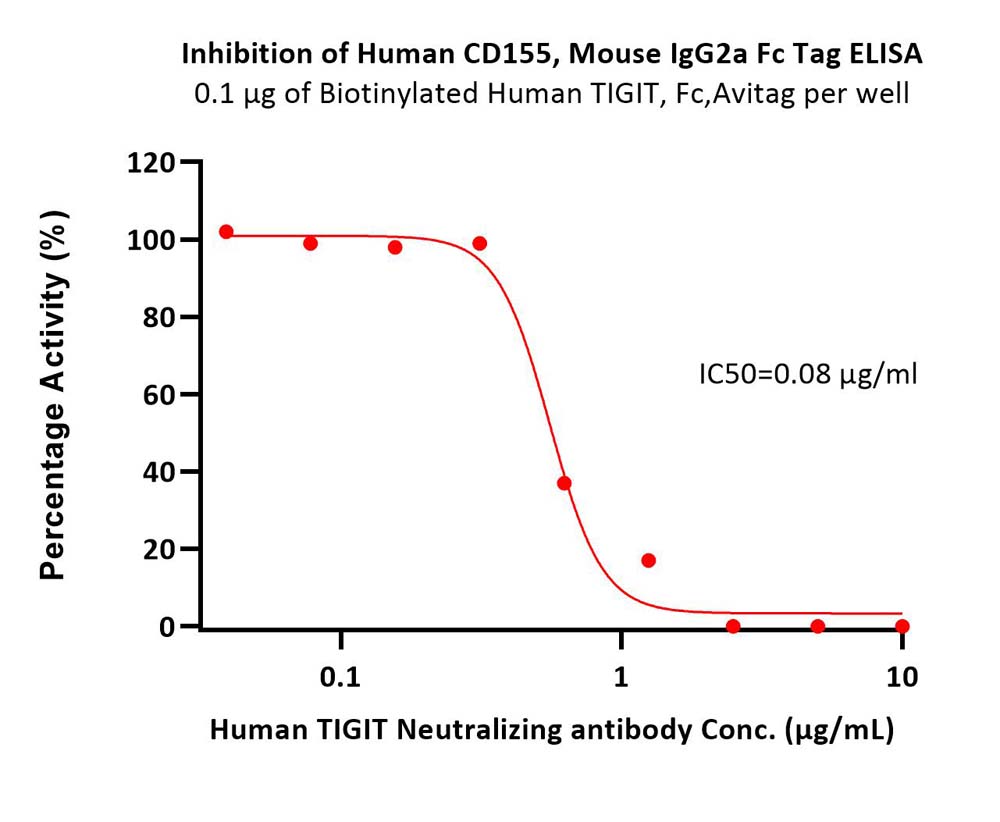 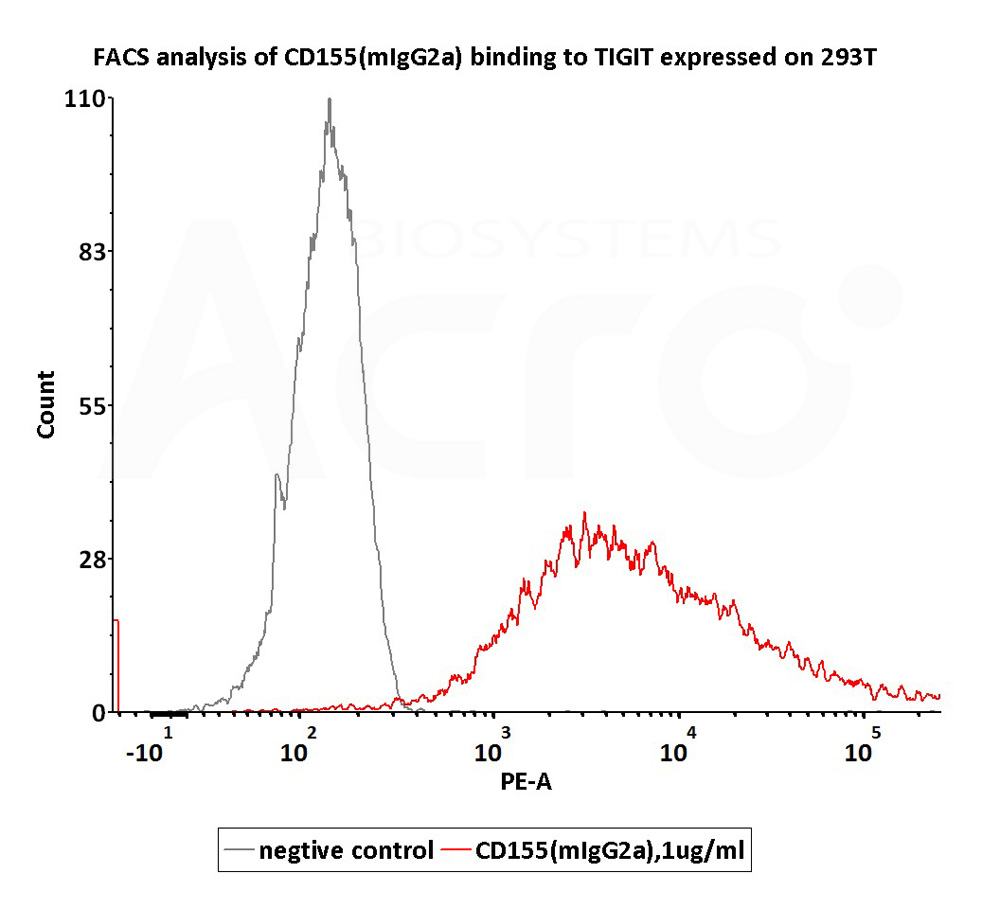 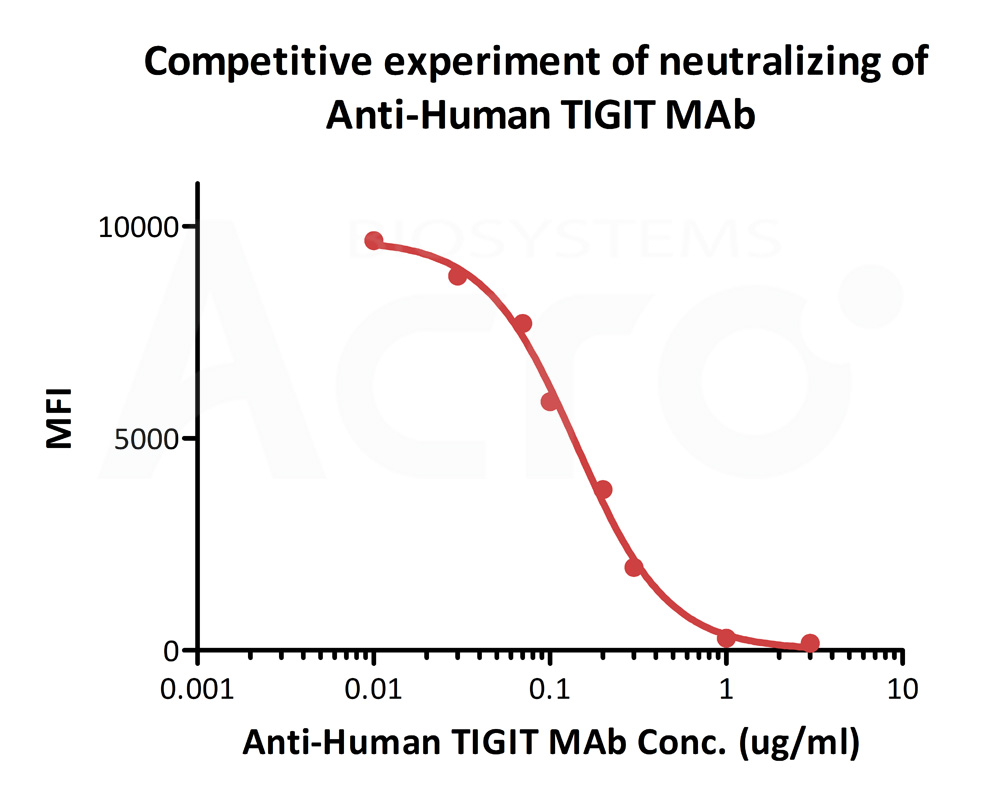