As a leading manufacturer of recombinant proteins and other critical reagents for support in developing target therapeutics, vaccines, and diagnostics, ACROBiosystems employs an application-oriented development strategy, with a particular focus on product design, quality control, and solution-based support.

Alzheimer's disease (AD) is a serious neurodegenerative disease. It was first proposed by the German doctor Alois Alzheimer in 1911 and was officially named by Kraeplin. The clinical symptoms of Alzheimer's disease are mainly manifested as memory impairment, mental decline, and impairment of motor balance. As an elderly-related disease, the increase in the elderly population also directly drives the market demand for AD treatment drugs. According to the World Alzheimer Report statistics, the number of AD patients worldwide will reach 131 million by 2050.

The Aβ cascade hypothesis is the dominant hypothesis in the pathogenesis of AD. The deposition of Aβ to form amyloid plaque is one of the main pathological features of AD. Aβ is generated from amyloid precursor protein (APP) by secretase degradation. There are two pathways for APP degradation, mainly involving three secretases, α-secretase, β-secretase (BACE), and γ-secretase. In the amyloid pathway, APP is cleaved by BCAE to generate sAPPβ protein, which is further cleaved by γ -secretase to generate Aβ polypeptides, including Aβ1-42, Aβ1-40, etc., and released into the extracellular domain, which eventually aggregates to form amyloid plaques, leading to the development of AD. 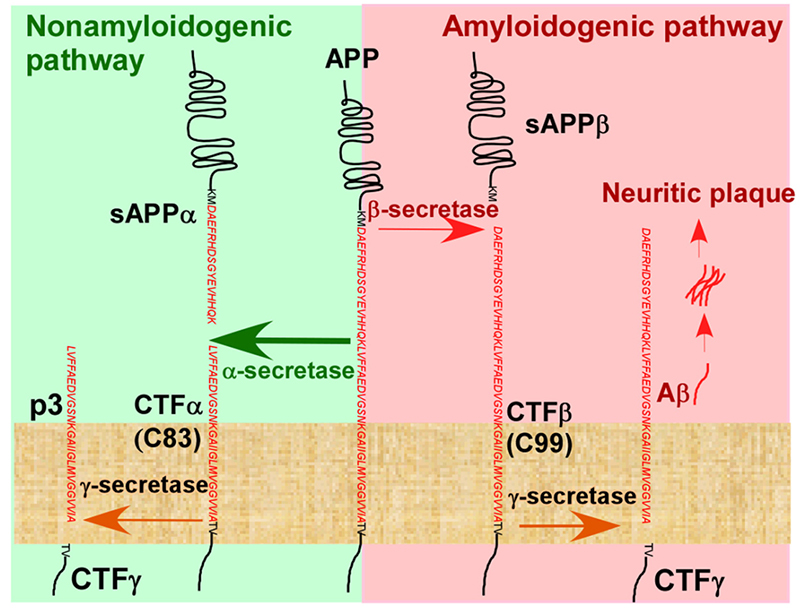 Hydrolysis pathway of APP in vivo

Binding to soluble, toxic aggregates of Aβ selectively to neutralize and eliminate it is thought to help alleviate neurodegenerative processes in AD. Based on this hypothesis, several drugs have been developed. Aducanumab is a representative drug targeting APP, a monoclonal antibody of Biogen, and was approved for marketing by the FDA on June 7, 2021.

In addition, based on the same mechanism of action and target, Lilly's Donanemab and Roche's Gantenerumab are currently in clinical phase III, and Eisai and Biogen's Lecanemab are in the fast application stage of FDA. On February 7, 2022, Fierce Pharma ranked the most anticipated new drug launches for 2022, Donanemab and Ganteneruma ranked first and third.

Neurofibrillary tangles (NFTs) are another major pathological feature of AD patients. Under pathological conditions, excessive or abnormal phosphorylation of intracellular Tau protein makes it lose its biological activity of promoting microtubule assembly, causing microtubule depolymerization and disturbance of axonal operation, which leads to neuron degeneration and apoptosis of nerve cells, resulting in the occurrence of AD.

High expression of various phosphorylated kinases, including the glycogen synthase kinase 3β (GSK-3β), cyclin-dependent kinase 5 (CDK5), and tyrosine kinase, are the key factors of abnormal phosphorylation of Tau protein and are considered as potential drug targets for AD treatment. 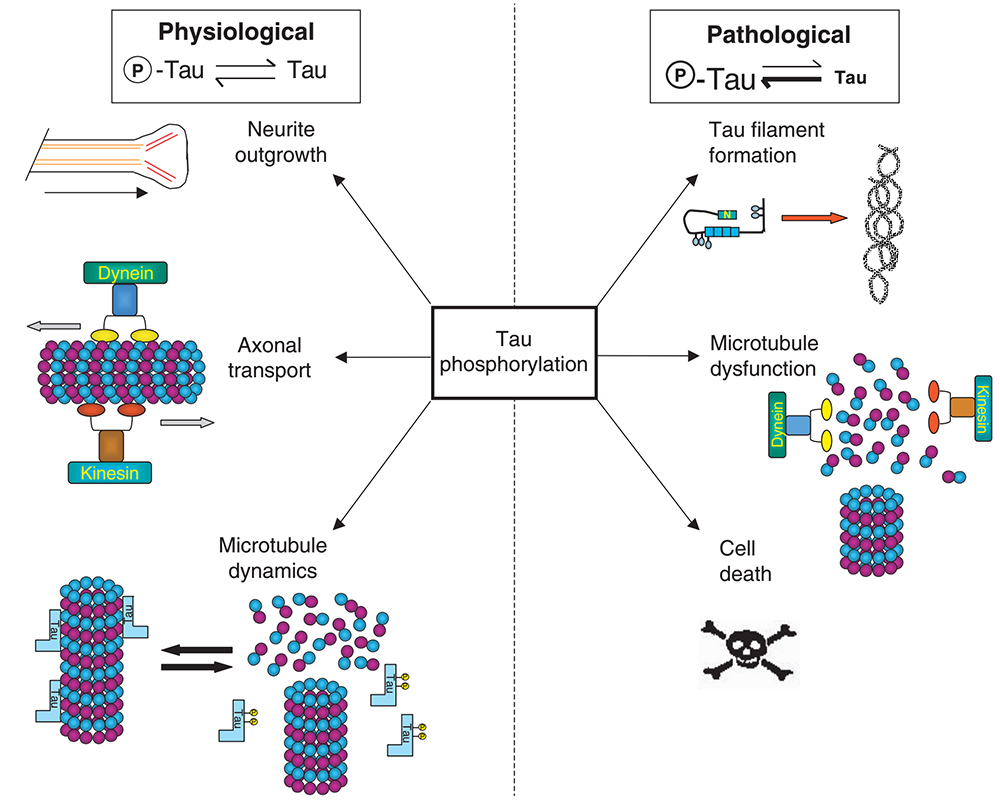 The cholinergic hypothesis was the first hypothesis to explain AD's pathogenesis.

In addition to the three hypotheses of the Aβ cascade, abnormal phosphorylation of Tau protein and cholinergic, neuroinflammation, abnormal excitation of glutamate system, mitochondrial dysfunction, and other explanations for the pathogenesis of AD. The pathogenesis of AD is still under exploration in the scientific community.

In nearly 20 years, few new drugs have come to market except aducanumab. With the increasingly severe global aging situation, more drugs and therapies to improve the disease are urgently needed. 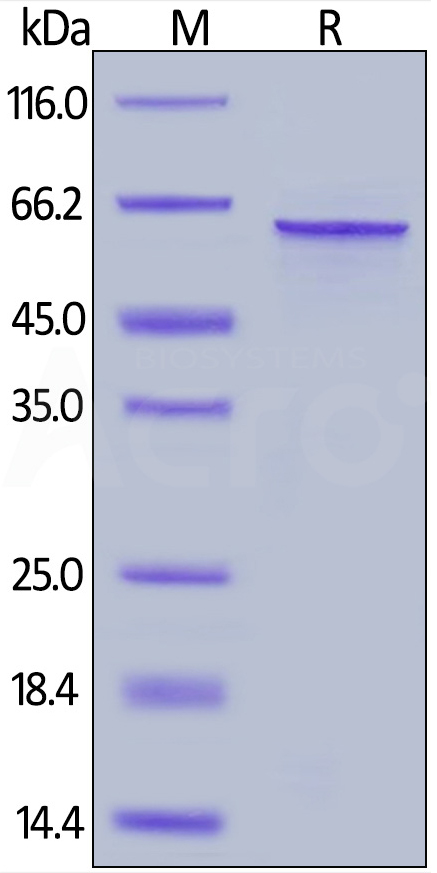 Human Tau-441 / 2N4R Protein, His Tag Human Tau-441, His Tag (Cat. No. TAU-H51H3) on SDS-PAGE under reducing (R) condition. The gel was stained overnight with Coomassie Blue. The purity of the protein is greater than 90%.

ACRO is developing more proteins for AD diagnosis and treatment. If you have any needs or more development suggestions, don't hesitate to get in touch with us.